"Cymbeline, also known as The Tragedie of Cymbeline or Cymbeline, King of Britain, is a play by William Shakespeare set in Ancient Britain] and based on legends that formed part of the Matter of Britain concerning the early Celtic British King Cunobeline. Although listed as a tragedy in the First Folio, modern critics often classify Cymbeline as a romance or even a comedy. Like Othello and The Winter's Tale, it deals with the themes of innocence and jealousy."

Cymbeline (Royal Shakespeare Company)
"Captured live in Stratford-upon-Avon, this adaptation reimagined Cymbeline as a queen rather than a king, making Gillian Bevan the first woman to play the title role at the RSC." 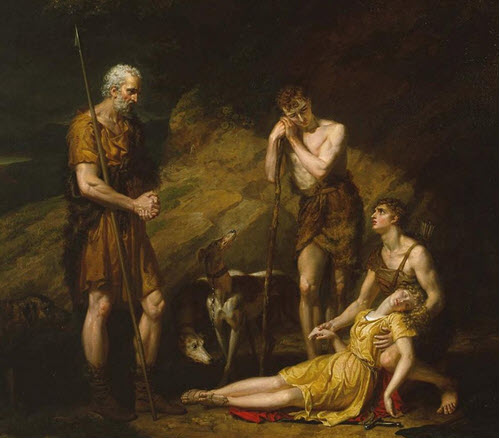