"Othello (The Tragedy of Othello, the Moor of Venice) is a tragedy by William Shakespeare, believed to have been written in 1603. It is based on the story Un Capitano Moro ('A Moorish Captain') by Cinthio (a disciple of Boccaccio's), first published in 1565. The story revolves around its two central characters: Othello, a Moorish general in the Venetian army, and his treacherous ensign, Iago." 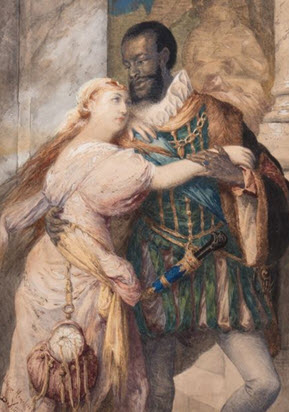