"Henry V is a history play by William Shakespeare, believed to have been written near 1599. It tells the story of King Henry V of England, focusing on events immediately before and after the Battle of Agincourt (1415) during the Hundred Years' War."

Henry V (Royal Shakespeare Company)
"Captured live in Stratford-upon-Avon in 2015 - 600 years since the battle of Agincourt - this adaptation firmly established Henry V as the culmination of one epic story." 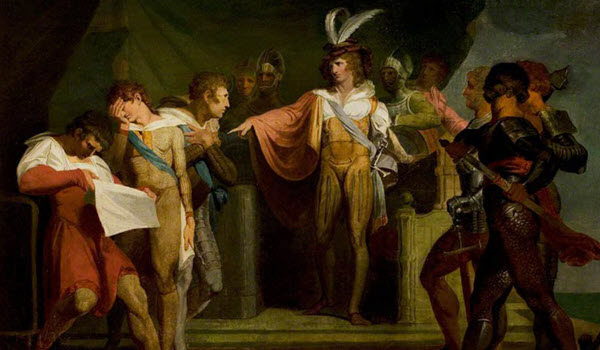