"The Tragedy of Julius Caesar (First Folio title: The Tragedie of Ivlivs Ceasar) is a history play and tragedy by William Shakespeare first performed in 1599. It is one of several plays written by Shakespeare based on true events from Roman history, such as Coriolanus and Antony and Cleopatra." 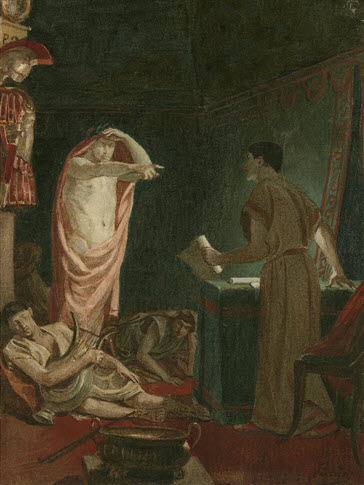