"Antony and Cleopatra (First Folio title: The Tragedie of Anthonie, and Cleopatra) is a tragedy by William Shakespeare. The play was first performed, by the King's Men, at either the Blackfriars Theatre or the Globe Theatre in around 1607; its first appearance in print was in the Folio of 1623." 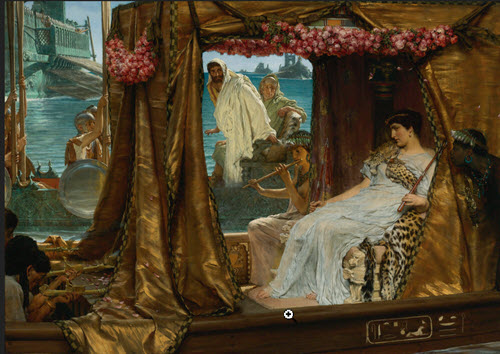