"Henry IV, Part 2 is a history play by William Shakespeare believed to have been written between 1596 and 1599. It is the third part of a tetralogy, preceded by Richard II and Henry IV, Part 1 and succeeded by Henry V."

Henry IV, Part 2 (Royal Shakespeare Company)
"Captured live in Stratford-upon-Avon, the production transferred to the Barbican, London, as part of ‘King and Country: Shakespeare's Great Cycle of Kings’, to mark the 400th anniversary of Shakespeare's death." 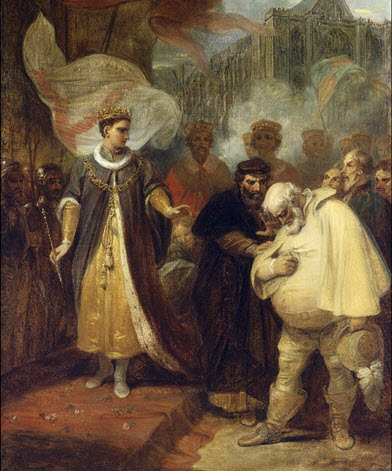