"A Midsummer Night's Dream is a comedy written by William Shakespeare in 1595/96. The play consists of multiple subplots that revolve around the marriage of Theseus and Hippolyta. One subplot revolves around a conflict between four Athenian lovers, one about a group of six amateur actors who has to act out their interpretation of the play 'Pyramus and Thisbe' at the wedding of Theseus and Hippolyta. These subplots take place in a forest, inhabited by fairies who control the characters of the play...." 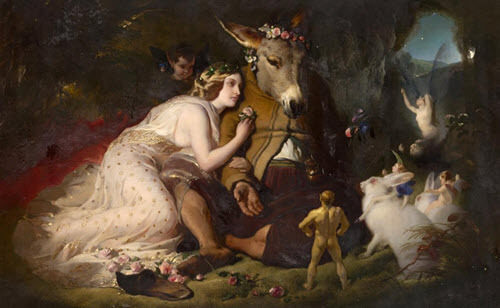