"The Tempest is a play by William Shakespeare, probably written in 1610–1611, and thought to be one of the last plays that Shakespeare wrote alone. After the first scene, which takes place on a ship at sea during a tempest, the rest of the story is set on a remote island, where the sorcerer Prospero, a complex and contradictory character, lives with his daughter Miranda, and his two servants—Caliban, a savage monster figure, and Ariel, an airy spirit..."

The Tempest (Royal Shakespeare Company)
"Captured live in Stratford-upon-Avon, this adaptation was created in collaboration with Intel and in association with The Imaginarium Studios, and featured the very first live motion capture performance in a major classical stage production." 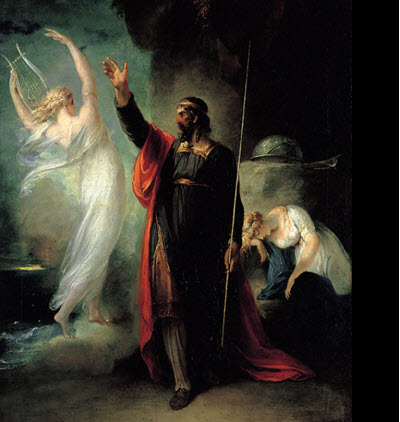