"King Lear is a tragedy written by William Shakespeare. It tells the tale of a king who bequeaths his power and land to two of his three daughters, after they declare their love for him in an extremely fawning and obsequious manner. His third daughter gets nothing, because she will not flatter him as her sisters had done. When he feels he has been treated with disrespect by the two daughters who now have his wealth and power, he becomes furious to the point of madness. He eventually becomes tenderly reconciled to his third daughter, just before tragedy strikes her and then the king. 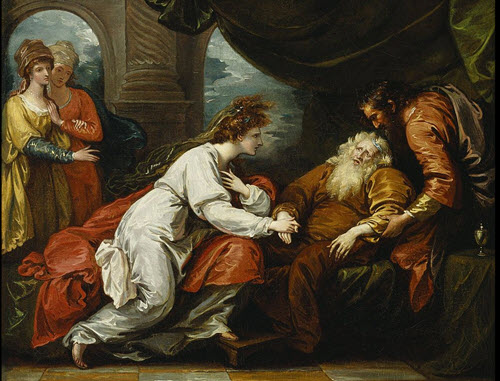