China Concerto
"Born and raised in Chongqing, filmmaker Bo Wang visited his hometown at the height of now-disgraced politician Bo Xilai's campaign to revive Mao-era 'red culture', promoting among other things the public singing and dancing of Communist songs.Alongside these participatory street performances, this film  looks at images from the media, including Michelangelo Antonioni's Chung Kuo-China, and news media and advertising that address the capitalist present in forms reminiscent of the communist past...."

DV China
"Chicago-educated Shanghai director Zheng Dasheng documents the struggle of Zhou Yuanquiang, a cultural worker in Jingdezhen, China's porcelain capital. When Zhou noticed the popularity of TV serials with the peasants in his province in the eighties, he bought a Sony Hi8 video camera and involved untrained local actors and technical assistants in creating dramas drawn from China's revolutionary history. When Zheng comes to document his efforts, his troupe is beginning work on a new type of drama: a kung-fu adventure story with three brightly-clad female heroines. He laboriously creates slow-motion and special effects with his beloved old camera, calling in the actors to dub in clattering spears for the fight scenes and meticulously setting up a scene in which the three heroines leap up onto a wall. .."

No Sex, No Violence, No News
"This unique film examines the battle raging to control China’s airwaves. Working with a government that allows nothing of social or political import to be broadcast, entrepreneurs from Hong Kong, Singapore, and Australia bring their full complement of consumerism and mindless entertainment to the millions or Chinese greedy for a glimpse of the outside world.Prof. Leonard Chu of Hong Kong Baptist University sees the arrival of television to the villages of China as a positive development, even with its limited programming. He applauds the new openness, providing a "window on the world." On the other hand, we hear from the director of Shanghai Communications whose only interest is in selling. He sees television solely as a tool for promoting Chinese products in their developing market..."

The Observer
"In August 2014, the 11th Beijing Independant Film Festival was shut down after repeated threats from local authorities. The government wouldn't tolerate the screening of some 'sensitive' works, particularly a historical documentary called Spark..The news shook filmmakers and public opinion alike and filmmaker Rita Andreetti couldn't help but begin on a search for the man whose work had pushed the government to the edge of tolerance...."

Web Junkie: Treatment for Internet Addiction in China
"The Chinese government is the first to classify internet addiction as a clinical disorder. this film  identifies internet addiction and focuses on the treatment used in Chinese rehabilitation centers." (Kanopy) 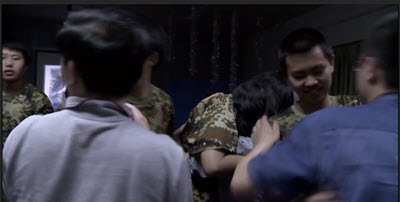