Barbarians at the Gate
"Beijing is where China and the outside world met, mediated and collided. For centuries, it straddled the boundary between Chinese civilization and the nomadic tribes of Central Asia. In Beijing too, Jesuit missionaries first introduced Western science to the Chinese emperors who later fled the city in the face of advancing Western armies."

Beijing
"This acclaimed documentary conveys the texture and flavor of the venerable Chinese capital through a close-up look at a number of its inhabitants, both young and old, with varied and fascinating backgrounds. Their stories unfold against the backdrop of a timeless but rapidly changing metropolis. The gold and vermilion roofs of the Forbidden Palace, recalling the splendor of the imperial past, still dominate the center of the city, but highrise apartment buildings are encroaching upon traditional single-story neighborhoods and are dramatically changing the skyline. Highlights include a backstage tour of the Peking Opera, a family reunion of four generations previously dispersed to far-flung outposts, and an interview with the brother of China's last emperor."

Disorder
"Huang Weikai's one-of-a-kind news documentary captures, with remarkable freedom, the anarchy, violence, and seething anxiety animating China's major cities today. As urbanization in China advances at a breakneck pace, Chinese cities teeter on the brink of mayhem. One man dances in the middle of traffic while another attempts to jump from a bridge before dozens of onlookers. Pigs run wild on a highway while dignitaries swim in a polluted river. Unshowable on China's heavily controlled television networks, Disorder reveals an emerging underground media, one that has the potential to truly capture the ground-level upheaval of Chinese society..."

Ha Ha Shanghai
"In 1992 the filmmaker Christine Choy returned to Shanghai for the first time in over thirty years: to track down the title of her family’s house. She also wanted to locate an old schoolmate. She found her quest was like going down the rabbit hole with Franz Kafka as a tour guide. Her mother had abandoned the family’s house on leaving China for the U.S. in the early 1960’s. Christine was sent to innumerable city housing authorities and agencies only to find that the house had never been registered with the city of Shanghai and the government had taken over the property when her mother left..."

In Search of History: China’s Forbidden City
"This program goes inside the ancient walls of Beijing’s fabled Forbidden City, the seat of Chinese emperors for hundreds of years—and until recently, off-limits to Westerners."

No. 89 Shimen Road
"16 year-old Xiaoli lives in a communal block on Shimen Road, a close-knit neighborhood that no longer exists in Shanghai. It's the late 1980s; while his teachers talk about China's recovery from the devastation of the Cultural Revolution, another wave of cultural change is already underway, as Xiaoli encounters Western businessmen, Coca Cola bottles and other foreign elements on the streets. The allure of new cultures and ideas sweeps through Xiaoli and the two young women closest to him. His best friend Lanmi carouses with foreigners, scandalizing the neighborhood. Lili, an idealistic classmate whom he loves...."

The World's Dream Stage
"Beijing, the capital of China, has rapidly grown into a city of architectural genius. With the opening of the National Center for Performing Arts designed by world famous French architect Paul Andreu, (Paris' Charles de Gaulle Airport,) Beijing now hosts the largest ellipsoid in the world at over 6 million square feet. Complimenting The Bird's Nest, Beijing's Olympic Stadium, the silver dome-shaped grand theatre is affectionately dubbed The Egg, and is covered with 2000 titanium panels and 1000 pieces of shining glass. It is strategically built on Beijing's Chang-an Avenue, an area filled with architectural history spanning 600 years. This 'Dream Stage' is surrounded by a magnificent clear sky and a man-made lake. The highly sophisticated Center seats 6,500 people and is made up of three performance halls: the Opera Hall, Concert Hall and Theatre Hall...." 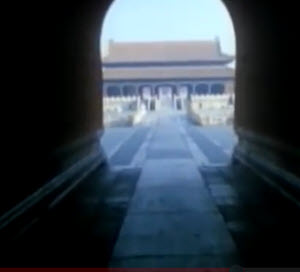