Children of Blessing: Opportunity for China’s Minorities
"This documentary provides a poignant look at modern China. Flower, Rascal, and their friends come from a remote village in the Chinese mountains and speak only Lahu. Now they must leave their idyllic home for boarding school in the city. During their first year at primary school, they’re modeled into being good socialist workers. Can the girls make their way in modern China? And what price will they have to pay to succeed? Both girls work hard, and in the end they achieve high scores on their exams. They’re prepared for their new lives, but they realize they can have success only on terms of the Chinese system. "

Chinese Propaganda Lesson in the Forbidden
"An authoritarian People’s Republic or a real dictatorship? This documentary reveals the real face of China and gets inside the propaganda machine. For the first time, a French director-journalist joined an official trip to the heart of one of the most secret and unstable regions in China: Xinjiang, an area that’s normally out of bounds to tourists. Thanks to reliable contacts among the organizers of this “Chinese tour” and the help of diasporas based in Europe and Central Asia and to accounts given here for the first time by Turkish-speaking Muslims and footage of the most recent revolts, this film draws a parallel between a slick, consensual tour and the distress of an entire race."

The Kazakhs of China
"The Kazakhs of Xinjiang (Sinkiang) are one of the fifty-five national minorities that now live within the borders of the People's Republic of China. The policy of the Chinese Communist Party toward these people has been one of Sinofication, a neutralization of 'reactionary' local leaders and an alliance of Han Chinese with the indigenous culture. Xinjiang is a particularly sensitive area for the Chinese because of the traditional ties of the Kazakh with the Soviet Union. In 1962, some 50,000 Kazakhs and other non-Han peoples sought refuge in the Kazakh Soviet Socialist Republic. Since then, the Sino-Soviet border has been closed, and until recently the entire area was off-limits to non-Chinese outsiders. This film offers unique ethnographic material about the Kazakh, as well as about Chinese policies in the years following the Cultural Revolution...

"Prisoners of Bejing and Shangri-la
"This documentary follows Tashi, a relative of the Dalai Lama, who was still a child when she and her brother escaped Tibet to settle in Switzerland after the insurrection against the Chinese occupation in Lhasa in 1959. Through Tashi’s eyes, we reflect on the tragedy of the Tibetan people, who have been living in oppression since 1950. Tibetans still seek international support, which is slow in coming at the political level, even though their charismatic leader, the Dalai Lama"

Queer China, "Comrade" China
"Interviews with over 30 prominent figures in China's LGBT community who have experienced changes in attitudes and lifestyles in China over the past 30 years. The main focuses and themes of the documentary: Academic publication: from translation to sociological research and to grassroots scholarly works; Sexology: from the 'asexual era, ' to 'liberated sex,'  to the 'one-child era'; Laws and regulations: moving from illegal to legal statuses, and towards appealing for further freedoms; Gender politics: from 'unnameble,' to 'invisible,' to 'coming out' ; Economy: from unified supply to 'Pink Economy'; Mental health: from the 'pervert' to depathologization; Culture and media: from absence of attention to becoming a hot topic; Literature and art: from the underground to the press and to the podcasts; Community life: from hidden from light to facing the public." 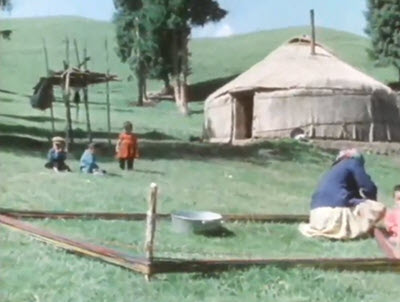 (The Kazakhs of China)