Chinese Foot Binding: The Vanishing Lotus
"A pair of small feet -- three-inch golden lilies -- were once the male-designated yardstick for feminine beauty in China. A young girl's feet were broken and bound inwards along the instep, a process that caused excruciating pain. Systematically bound, day after day, the stunted feet began to take on the coveted look of that profoundly sensuous image, the lotus bulb. Today there are fewer than 400 women with bound feet among the 1.25 billion people of China. Most of them are over 80 years old. Some of these women tell us of the event that branded their lives with its singular mark..."

Detective Shi and the Stolen Brides: Human Trafficking in China
"Due to a traditional preference for male offspring, rural China now suffers from a shortage of women—and, in turn, an increase in kidnapping and human trafficking. This documentary follows a determined Chinese investigator as he attempts to locate and free a young trafficking victim. In the process, viewers learn about the problem of human trafficking and its mechanisms, which feed brothels and massage parlors as well as “customers” in remote villages who cannot find wives through legitimate ways. In some locations, the program illustrates, half of all female residents were purchased from human traffickers and a tacit system of neighborhood monitoring exists to prevent victims from escaping. "

From Confucius to Mao
"After illustrating how a combination of laws, customs, and Confucian philosophy had reduced Chinese women to chattels, this program examines in detail the turning points from the late-19th through mid-20th centuries that paved the way for a complete reversal in Chinese women’s status. Remarkable vintage film and fascinating interviews with women whose lives have spanned the 20th century provide evidence of and insights into the harmful practices of foot-binding, arranged marriages, and polygamy; the positive impact of the Dowager Empress, Sun Yat-sen, Mao Zedong, and China’s first feminist, Qiu Jin; and the salutary effects of female education and Ibsen’s A Doll’s House."

From Mao Towards Full Equality
"This program offers an in-depth appraisal of how China’s women’s movement slowly gathered momentum under Mao Zedong’s and Deng Xiao Ping’s rule during the latter half of the 20th century. Outstanding footage from propaganda and documentary sources and compelling interviews with women who participated in the events of those decades reveal the hard-won gains through Communist legal and social reforms, the efforts of Madame Song Qing Ling and leading feminist He Xiang-ning, and women’s rights conventions. The mixed results of the Liberation and Independence campaign, the Heroes of the Nation initiative, and the Cultural Revolution are also critically examined."

Half the Sky
"No women in any country have seen their lives change so radically as have Chinese women. 'Women are 'half the sky,'' declared Mao Zedong, 'and they are absolutely the equal of men.' Equal they may have been, but by regimentation, to the point of the virtual abolition of womanhood and femininity. Today economic reforms have given young women a degree of independence unknown to any previous generation. For the first time they are conscious and outspoken about their role and position in society, and they make their demands known...."

Hooligan Sparrow: A Champion for Girls' and Women's Rights in China
"The danger is palpable as maverick activist Ye Haiyan (a.k.a Hooligan Sparrow) and her band of colleagues travel to Hainan Province in southern China to protest the case of six elementary school girls who were sexually abused by their principal. Marked as enemies of the state, the activists are under constant government surveillance and face interrogation, harassment, and imprisonment. Sparrow, who gained notoriety with her advocacy work for sex workers' rights, continues to champion girls' and women's rights and arms herself with the power and reach of social media..."   (Kanopy)

Kingdom of Women: The Matriarchal Mosuo of China
"In a remote corner of southwestern China are the Mosuo, arguably the best remaining example of a matrilineal society in the world today. In this program, anthropologist Chou Wah-Shan—one of few outside scholars who have lived and worked extensively with the Mosuo—and Mosuo villagers offer insights into what life is like in the 91 communities where women rule and husbands don’t exist. Commerce, belief systems, rituals and festivals, and the day-to-day responsibilities of women and men are described, with a special focus on the concept of “walking marriage.” But tourism and technology are swiftly eroding core Mosuo customs and values. How much longer will the Mosuo way of life survive?"

More Than Half the Sky: China on China
"Mao’s aphorism about the strength and ability of women may have helped to do away with foot-binding, child marriage, and other archaic traditions, but in 21st-century China gender equality is as illusory as ever. This film examines the challenges that Chinese women face, especially the obstacles to prosperity and security that the country’s poor, rural women know all too well. Viewers meet Yu Xinpei, who migrated to Shangai from a remote southern village..."

Outcry and Whisper
"A political manifesto for the resistance of women, be they workers, intellectuals or militants, in China and Hong Kong."

Women in China
"..is a timely two-part documentary on the conditions of women in today's economically -oriented Chinese society. By visiting four diverse parts of China, it provides a representative view of the opportunities and living conditions of Chinese women today. The first part focuses on Bejing where we meet a successful women's rock group. Although the group is not officially accepted, these emancipated women are popular among the young both there and abroad...." 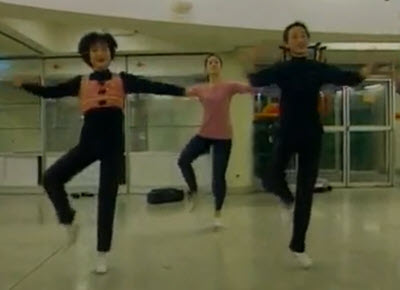