10 Conditions of Love
"Meet Ms Rebiya Kadeer, a human rights activist twice nominated for the Nobel Peace Prize. She is the impassioned though graying exiled leader of the Uyghurs, a Muslim people whose ancestral home, East Turkestan, was annexed by the Chinese in 1949 and re-named Xinxiang province. Since then the Chinese have dominated politically, culturally and economically, much as they have done in Tibet. Ms Kadeer was fiercely nationalistic since her youth. Married off at an early age and bearing six children in close succession, she was divorced by her husband for her activism. Penniless, she rose through her wits and industry to become one of the wealthiest people in China, after Deng ushered in an era of capitalism. Remaining politically active, she paid the price. Several of her sons languish in Chinese."

Chinese Prison Labor: Inside China's Gulag
"Despite the fact that U.S. laws strictly forbid trade in prison labor products, this program shows how China tricks the West into buying hundreds of millions of dollars of goods produced in its system of 2,000 labor camps, the Laogai. Harry Wu, a Chinese dissident who was released after 19 years in the Laogai, returns to China with a video camera; through prison interviews and undercover footage of factories in the camps, Wu discloses the imprisonment, brainwashing, and torture that half a million Chinese political prisoners still suffer by a government intent on 'reforming their thoughts.'"

Human Rights in China
"China is booming economically. U.S. companies, including Motorola and Boeing, are employing thousands in new factories. However, Western economic investment has not translated into a Chinese acceptance of Western ideas concerning human rights—as evident in the Tiananmen Square massacre. This program discusses the progress that is being made. We meet a radio talk-show host who invites callers to grill government officials, and newspaper editors who sometimes run pieces critical of the government’s human rights record. "\

The People's Court: Introducing the Rule of Law in China
"Facing mounting domestic and international pressure for a fair and transparent framework of laws, China is racing to reshape the rules of its Communist society. Hundreds of thousands of judges and lawyers have been trained in the past 25 years, but with senior judges under direct control of the state and citizens taking to the streets in record numbers, this transformation has been anything but easy. This unprecedented Wide Angle report takes viewers inside courtrooms and law schools in China as it follows itinerant judges, law students, a human rights lawyer, and ordinary Chinese citizens seeking justice...."

The Questioning
"Early in the morning on July 24th, 2012, after meeting some friends in Hong Kong, I drove a car of my brother back to Shenzhen and got Guo Feixiong and three other friends who take part in human rights protection to the car and went on driving to Xinyu, Jiangxi Province to cheer Liu Ping and two other local independent candidates. They have been oppressed by the government and the police for taking part in the election and other human rights protection events. ..."

Spark
"...opens by the side of a road in Lanzhou City, northwestern China, as trucks rumble through a blasted hillside. An elderly man walks along the dusty road and pauses to point to a nearby spot—the former execution grounds. 'They executed many,' the man says. 'Then fewer and fewer.'

Tiananmen Square
"Featuring new footage and confidential interviews with Chinese officials, video uncovers the long-shrouded story of the young Chinese students and labor activists who in 1989 defied the Communist regime and demonstrated their willingness to pay the ultimate price for democracy and the tragedy and loss of life that ensued."

Tian Anmen:The forbidden Memory
"June 1989, Beijing, Tian Anmen Square. The tanks of the People’s Liberation Army violently repress the democratic aspirations of the Chinese youth. It is a bloodshed, with nearly a thousand killed. June 2009, Beijing, Tian Anmen Square. Friendly policemen, gazing tourists and Mao effigies are everywhere. No traces of the massacre on the square, nor in the press, the Internet or in the History schoolbooks. It is like nothing ever happened. Is this transformation the result of effective propaganda, plain old indoctrination or cautious silence? By confronting 20-year old Chinese (those representing the China of tomorrow) with those who, 20 years ago, dreamed of another China, this film is the startling account of the heavy control prevailing in Chinese society today."

Voices of Dissent: Freedom of Speech and Human Rights in China
"Although China’s government has pledged to revise its policies toward political dissidents, that promise remains largely unfulfilled. This program reveals egregious cases of political oppression occurring in recent years, countering the picture China painted of itself as it promoted the Beijing Olympics. Pushing back against bureaucracy and official stonewalling, the program examines the work of activist Hu Jia, his arrest and jail sentence, and the constant police harassment faced by his wife and lawyers. Numerous other cases are profiled while government apologists also appear—including China’s Olympics media director and the head of Beijing’s Deng Xiaoping Thought Research Center...." 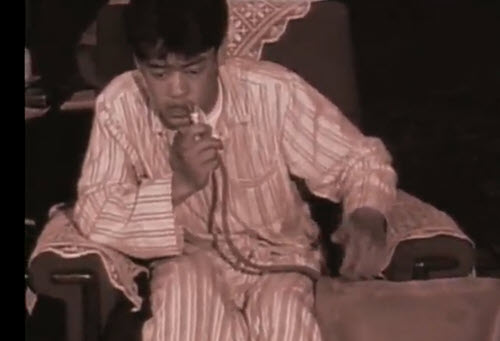