China's Challenges What do the Chinese People Believe?
"China is an ancient civilization, with many traditions and philosophies passed down over the generations. But what values are shaping today's China? Confucian ethics? Selfless Communism? Market economy individual initiative? What about sex and religion?"

Confucianism
Born in China of missionary parents, Huston Smith learned about Chinese language, culture, and religion while growing up near Shanghai. Smith explains how the intertwining of opposites is key to understanding the great religions of China—Confucianism, Taoism, and Buddhism. Smith shows that Eastern religions provide 'an emphasis on direct experience and a method for attaining that.”'"

The Gods Come Home: China's Traditional Faiths Persevere|
"After decades of Communist oppression and neglect, Buddhist temples are now thriving across China. But are Buddhism and Taoism even relevant in a country that has thoroughly embraced materialism? How does government bureaucracy affect those religions? And can far older spiritual traditions survive in such a rapidly evolving society? This program addresses those questions as it visits monasteries and temples in Shanghai and in rural, economically disadvantaged areas. Following the daily practices of a frugal and soft-spoken monk, the film also features wealthy, high-profile Buddhist officials and interviews China’s Minister of Religious Affairs, who encourages Buddhism but frowns on folk religions."

Journeys into Islamic China
"In addition to trade goods, religious beliefs also followed the ancient Silk Road into China. Today, a vibrant minority of more than 20 million Chinese Muslims of various ethnic groups live harmoniously among an overall population of more than a billion. This program traces the history of Islam in China while illustrating the Muslim way of life there, including prayer, religious education, and cultural activities."

My Father's House
"The troubled story of an underground church founded by Nigerian missionaries offers a rare glimpse inside an immigrant African community in China. In Nigeria, Pastor Daniel Michael Enyeribe has a revelation to bring the word of God to China. He joins a booming community of African merchants who have settled in the southern city of Guangzhou and established the Royal Victory Church for both Africans and Chinese to worship. The church functions as the spiritual center for the ever-growing African trader community, who struggle with cultural, personal and financial challenges. After being raided by police enforcing strict laws regulating religious practice, Pastor Daniel flees to Hong Kong, where he uses video conferencing to lead his congregation from afar. His colleague Pastor Ignatius assumes daily management of the church, while struggling to support his Chinese wife and their young child...."

Religions of China
"Since the dawn of recorded history, China has offered a fertile spiritual climate for a wide range of religions and belief systems, producing Confucianism and Taoism while nurturing ancestor worship, Mahayana Buddhism, and, in a smaller proportion, Islam, Judaism, and Christianity. In this program, Hans Kung seeks to understand the religions of China-officially a religion-free zone during China's period of strict Communist rule-as well as the holistically oriented practices of traditional Chinese medicine and tai chi. "

What Do the Chinese People Believe?
"China is an ancient civilization, with many traditions and philosophies passed down over the generations. But what values are shaping today's China? Confucian ethics? Selfless Communism? Market economy individual initiative? What about sex and religion?" 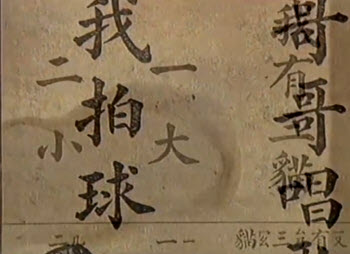