Colonel Xin Jing
"Shanghai's principal dancer, 33-year-old Jin Xing, is a big star. She is the first choreographer to have received recognition in over half a century of national communism. But the most amazing thing about Jin Xing is that, up until 1995, this beautiful young woman was a man, a colonel in the People's Liberation Army. This is a richly cinematic film, combining the colorful imagery of Shanghai's dance world, the panoply of the Chinese People's Army, and the heart-felt expressiveness of the young Colonel who turned his longing to be a woman into a reality. He battled the rigidity of Communist bureaucrats until they relented and allowed the first sex change operation in China..."

The Last Lineage Opera in Zhouguan Village
"In the summer of 2006, I went as a student to Zhouguan, a Tunpu village in a multiethnic area of southwest China. Renowned for its performances of the Dixi exorcism operas, the village elders believe that they are descendants of ethnic Han military colonists in the early Ming Dynasty. When local businessmen and government officials began to take control of the staging of these plays, the elders told me that "authentic" performances were no longer possible. They therefore asked me to make a record of the Dixi opera which they planned to perform that year for the very last time." 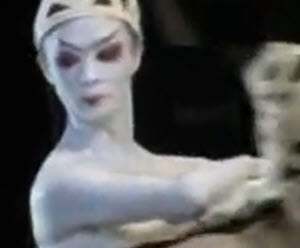