Babes in Arms (1990 Studio Cast)
"...a 1937 musical with music by Richard Rodgers, lyrics by Lorenz Hart and book by Rodgers and Hart. It concerns a teen-age boy who puts on a show with his friends to avoid being sent to a work farm."

Baby
"...a musical with a book by Sybille Pearson, based on a story developed with Susan Yankowitz, music by David Shire, and lyrics by Richard Maltby, Jr. It concerns the reactions of three couples each expecting a child."

Bajour
"...a musical with a book by Ernest Kinoy and music and lyrics by Walter Marks. The musical is based on the Joseph Mitchell short stories "The Gypsy Women" and "The King of the Gypsies" published in The New Yorker. The title is allegedly a Romani word that refers to a con game in which lonely and unhappy women are swindled out of their life savings."

Baker Street
"...a musical with a book by Jerome Coopersmith and music and lyrics by Marian Grudeff and Raymond Jessel. Loosely based on the Sherlock Holmes story A Scandal in Bohemia by Arthur Conan Doyle, it is set in and around London in 1897, the year in which England celebrated the Diamond Jubilee of the reign of Queen Victoria. The musical veers from Conan Doyle's work in that Irene Adler becomes an associate of Holmes rather than his opponent, thus allowing an element of romance between the two."

The Band's Visit
"...is a musical with music and lyrics by David Yazbek and a book by Itamar Moses, based on the 2007 Israeli film of the same name."

Barnum
"...a musical with a book by Mark Bramble, lyrics by Michael Stewart, and music by Cy Coleman. It is based on the life of showman P. T. Barnum, covering the period from 1835 through 1880 in America and major cities of the world where Barnum took his performing companies. The production combines elements of traditional musical theater with the spectacle of the circus. The characters include jugglers, trapeze artists and clowns, as well as such real-life personalities as Jenny Lind and General Tom Thumb."

Bat Boy
"... a musical with a book by Keythe Farley and Brian Flemming and music and lyrics by Laurence O'Keefe, based on a June 23, 1992 Weekly World News story about a half-boy, half-bat, dubbed 'Bat Boy', found living in a cave."

Beauty and the Beast
"...a musical with music by Alan Menken, lyrics by Howard Ashman and Tim Rice and a book by Linda Woolverton, based on the 1991 Disney film of the same name."

Bells Are Ringing (OBC)  &  (2001 Broadway Revival)
"...a musical with a book and lyrics by Betty Comden and Adolph Green and music by Jule Styne. The story revolves around Ella, who works at an answering service and the characters that she meets there."

Ben Franklin in Paris
"...is a musical with a book and lyrics by Sidney Michaels, and music by Mark Sandrich, Jr. The story is a somewhat fictionalized account of Benjamin Franklin's adventures in the French capital. Seeking support for the Colonies' war against England, he arrives in Paris, where he enlists the aid of an old friend, Madame La Comtesse Diane de Vobrillac, a confidante to King Louis XVI...."

Bernarda Alba
"...a musical with music, lyrics and book by Michael John LaChiusa, based on Federico García Lorca's 1936 play The House of Bernarda Alba. Bernarda Alba tells the story of a controlling, newly-widowed mother who is challenged by her five rebellious daughters."

The Best Little Whorehouse in Texas
"...a musical with a book by Texas author Larry L. King and Peter Masterson and music and lyrics by Carol Hall. It is based on a story by King that was inspired by the real-life Chicken Ranch in La Grange, Texas."

Beautiful: The Carol King Musical
"...a jukebox musical with a book by Douglas McGrath that tells the story of the early life and career of Carole King, using songs that she wrote, often together with Gerry Goffin, and other contemporary songs by Barry Mann, Cynthia Weil, Phil Spector and others."

Big
"...a musical adaptation of the 1988 Tom Hanks film Big. It was directed by Mike Ockrent and featured music by David Shire and lyrics by Richard Maltby, Jr., with choreography by Susan Stroman. It involves a 12-year-old boy, Josh Baskin, who grows up overnight after being granted a wish by a 'Zoltar Speaks' machine at a carnival. With the aid of his best friend, Josh must cope with his new adulthood while finding another 'Zoltar' machine so that he can wish himself a kid again."

Big River
"..a musical with a book by William Hauptman and music and lyrics by Roger Miller.Based on Mark Twain's classic 1884 novel, Adventures of Huckleberry Finn, it features music in the bluegrass and country styles in keeping with the setting of the novel."

Billion Dollar Baby (2000 Studio Cast)
"The musical is set on Staten Island and in Atlantic City during the late 1920s. It follows the adventures of an ambitious young woman, Maribelle Jones, in her quest for wealth during the Prohibition era.."

Billy Elliot (London Cast)
"...a musical based on the 2000 film Billy Elliot. The music is by Sir Elton John, and book and lyrics are by Lee Hall, who wrote the film's screenplay. The plot revolves around motherless Billy, who trades boxing gloves for ballet shoes. The story of his personal struggle and fulfillment are balanced against a counter-story of family and community strife caused by the UK miners' strike (1984–1985) in County Durham, in North Eastern England.

Bloody Bloody Andrew Jackson
"...rock musical with music and lyrics written by Michael Friedman, and a book by its director Alex Timbers. The show is a comedic Wild West rock musical about the founding of the Democratic Party. It redefines Andrew Jackson, America's seventh President, as an Emo rock star and focuses on populism, the Indian Removal Act, and his relationship with his wife Rache

Bloomer Girl
"...a musical that premiered on October 4, 1944. Sig Herzig and Fred Saidy wrote the book, Harold Arlen the music, and E.Y. Harburg the lyrics. Agnes de Mille was the choreographer. The plot concerned the daughter of a manufacturer of hoop skirts who was, herself, a convert to the cause of Amelia Bloomer, and her conflicts with her father on the eve of the American Civil War. The heroine was herself an abolitionist while her suitor was a slaveowner---one test she set him was to manumit his personal slave, Pompey."

Bonnie & Clyde
"...a musical with music by Frank Wildhorn, lyrics by Don Black and a book by Ivan Menchell.The musical centers on Bonnie Parker and Clyde Barrow, the ill-fated lovers and outlaws whose story has been infamous since they achieved folk hero status during the Great Depression."

The Book of Mormon
"...a religious satire musical with a book, lyrics, and music by Trey Parker, Robert Lopez, and Matt Stone. Best known for creating the animated comedy South Park, Parker and Stone co-created the music with Lopez, who co-wrote and co-composed Avenue Q. The show lampoons organized religion and traditional musical theatre, reflecting the creators' lifelong fascination with Mormonism and musicals."

The Boy from Oz
"...is a jukebox musical based on the life of singer/songwriter Peter Allen and featuring songs written by him. The book is by Nick Enright."

The Boys from Syracuse (1953 Studio Cast) & (1963  Off-Broadway Revival) & (1997 Studio Cast)
"... a musical with music by Richard Rodgers and lyrics by Lorenz Hart, based on William Shakespeare's play, The Comedy of Errors, as adapted by librettist George Abbott. The score includes swing and other contemporary rhythms of the 1930s. The show was the first musical based on a Shakespeare play."

Bravo, Giovanni
".. a musical with a book by A. J. Russell, lyrics by Ronny Graham, and music by Milton Schafer. It is based upon the novel, The Crime of Giovanni Venturi, by Howard Shaw. Its hero is Giovanni Venturi, the owner of a small, family-style trattoria in Rome. When a branch of the upscale Uriti restaurant chain opens up next door and threatens him with bankruptcy, his friend Amadeo suggests he tunnel from his basement to the Uriti basement kitchen, steal food from the dumbwaiter, and serve it in his place at reduced prices in order to stay competitive."

The Bridges of Madison County
"...a musical with a book by Marsha Norman and music and lyrics by Jason Robert Brown. The Broadway production was directed by Bartlett Sher and starred Kelli O'Hara (Francesca) and Steven Pasquale (Robert).

Brigadoon (OBC)  & (1992 Studio Cast) & (2017 New York City Center)
"...is a musical with a book and lyrics by Alan Jay Lerner and music by Frederick Loewe. It tells the story of a mysterious Scottish village that appears for only one day every hundred years, though to the villagers, the passing of each century seems no longer than one night. The enchantment is viewed by them as a blessing rather than a curse, for it saved the village from destruction. According to their covenant with God, no one from Brigadoon may ever leave, or the enchantment will be broken and the site and all its inhabitants will disappear into the mist forever. Two American tourists, lost in the Scottish Highlands, stumble upon the village just as a wedding is about to be celebrated, and their arrival has serious implications for the village's inhabitants."

Bring It On
"..a musical with music and lyrics by Lin-Manuel Miranda, Tom Kitt and Amanda Green and book by Jeff Whitty. The story is loosely based on the 2000 film of the same name and focuses on the competitive world of cheerleading and over-the-top team rivalries."

Brooklyn
"...a musical with a book, lyrics, and music by Mark Schoenfeld and Barri McPherson. Using the play within a play structure, Brooklyn focuses on a group of five ragtag homeless musicians known as the City Weeds. The group periodically transforms a street corner under the foot of the Brooklyn Bridge into a stage where they present their play about Parisian singer Brooklyn, named after the New York City borough from which her wayward father Taylor hailed."

Bullets Over Broadway
"...a musical written by Woody Allen, based on his and Douglas McGrath's film Bullets Over Broadway about a young playwright whose first Broadway play is financed by a gangster. The score consists of jazz and popular standards of the years between World War I and about 1930 by various songwriters."

By Jeeves
"...originally Jeeves, is a 1975/1996 musical by Andrew Lloyd Webber and Alan Ayckbourn, based on the novels of P. G. Wodehouse.Jeeves is the original 1975 version, which opened on 22 April 1975 and closed on 24 May after 38 performances at Her Majesty's Theatre, London. It is regarded as Andrew Lloyd Webber's only real flop.By Jeeves is the rewritten 1996 version, which opened 1 May 1996 in London and due to success was extended to February 1997, through three theatres. It premiered in the U.S. in 1996 and on Broadway in 2001."

By Jupiter (1967 Off-Broadway Revival)
"... a musical with a book by Lorenz Hart and Richard Rodgers, music by Rodgers, and lyrics by Hart. The musical is based on the play The Warrior's Husband by Julian F. Thompson, set in the land of the Amazons. By Jupiter premiered on Broadway in 1942 and starred Ray Bolger."

By the Beautiful Sea
"...a musical with a book by Herbert Fields and Dorothy Fields, lyrics by Dorothy Fields, and music by Arthur Schwartz. Like Schwartz’ previous musical, A Tree Grows in Brooklyn, also starring Shirley Booth, the musical is set in Brooklyn just after the turn of the century (1907). By the Beautiful Sea played on Broadway in 1954."

Bye, Bye Birdie
"...a  musical with a book by Michael Stewart, lyrics by Lee Adams, and music by Charles Strouse. [It is a] satire on American society is set in 1958. The story was inspired by the phenomenon of popular singer Elvis Presley and his draft notice into the Army in 1957." 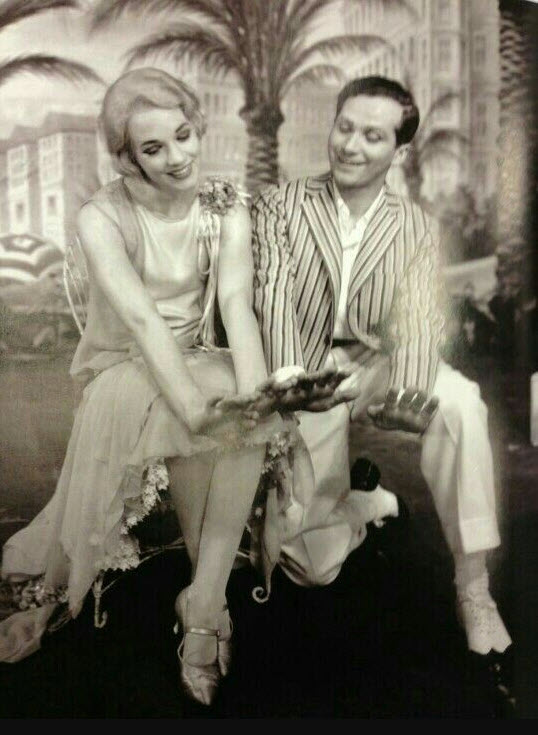