Pacific Overtures (OBC) & (1987 English Opera)
"...musical with music and lyrics by Stephen Sondheim, a libretto by John Weidman, and additional material by Hugh Wheeler. The musical is set in 1853 Japan and follows the difficult Westernization of Japan, through the lives of two friends caught in the change."

Paint Your Wagon (OBC) & (2015 New York City Center Encores)
"...a Broadway musical comedy, with book and lyrics by Alan J. Lerner and music by Frederick Loewe. The story centers around a miner and his daughter and follows the lives and loves of the people in a mining camp in Gold Rush-era California."

Pajama Game (OBC) & (1996 Studio Cast) & (2006 Broadway Revival)
"...a musical based on the novel 7½ Cents by Richard Bissell. It features a score by Richard Adler and Jerry Ross. The story deals with labor troubles in a pajama factory, where worker demands for a seven-and-a-half cents raise are going unheeded. In the midst of this ordeal, love blossoms between Babe, the grievance committee head, and Sid, the new factory superintendent."

Pal Joey (1950 Studio Cast)
"...a musical with a book by John O'Hara (from his novel of the same title) and music and lyrics by Richard Rodgers and Lorenz Hart based on a character and situations O'Hara created in a series of short stories published in The New Yorker."

Parade
"...a musical with a book by Alfred Uhry and music and lyrics by Jason Robert Brown. The musical dramatizes the 1913 trial of Jewish factory manager Leo Frank, who was accused and convicted of raping and murdering a thirteen-year-old employee, Mary Phagan."

Parade
"...a 1960 Off-Broadway revue, with music, lyrics, and sketches by Jerry Herman."

Passing Strange
"...a musical with lyrics and book by Stew and music and orchestrations by Stew and Heidi Rodewald. It was created in collaboration with director Annie Dorsen."

Passion (OBC) & (2013 New York Cast Recording)
"...a musical adapted from Ettore Scola's film Passione d'Amore. The book is by James Lapine, with music and lyrics by Stephen Sondheim. Central subjects include obsession, beauty, power, manipulation, passion, illness, and love. It is also a partially epistolary play, parts of the story being told through letters.

Peter Pan
"...a musical adaptation of J. M. Barrie's 1904 play Peter Pan and Barrie's own novelization of it, Peter and Wendy. The music is mostly by Mark 'Moose' Charlap, with additional music by Jule Styne, and most of the lyrics were written by Carolyn Leigh, with additional lyrics by Betty Comden and Adolph Green."

Pipe Dream (OBC) & (2012 New York City Center Encores)
"...the seventh stage musical by the team of Richard Rodgers and Oscar Hammerstein II; it premiered on Broadway on November 30, 1955. The work is based on John Steinbeck's short novel Sweet Thursday—Steinbeck wrote the novel, a sequel to Cannery Row, in the hope of having it adapted into a musical. Set in Monterey, California, the musical tells the story of the romance between Doc, a marine biologist, and Suzy, who in the novel is a prostitute; her profession is only alluded to in the stage work."

Pippin
"...a musical with music and lyrics by Stephen Schwartz and a book by Roger O. Hirson. Bob Fosse, who directed the original Broadway production, also contributed to the libretto. The musical uses the premise of a mysterious acting troupe, led by a Leading Player, to tell the story of Pippin, a young prince on his search for meaning and significance."

The Pirate Queen
"...a musical written by Claude-Michel Schönberg and Alain Boublil, best known for their adaptation of Les Misérables. John Dempsey is the co-lyricist. The Pirate Queen marks the first time Boublil and Schönberg have created a musical with American collaborators. It is based on the life and adventures of the 16th century Irish chieftain and pirate Gráinne O'Malley, who was one of the last Irish clan leaders to resist the English conquest of Gaelic Ireland."

Plain and Fancy
"...a musical comedy with a book by Joseph Stein and Will Glickman, lyrics by Arnold Horwitt, and music by Albert Hague. One of the first depictions of an Amish community in American pop culture, it includes a traditional barn-raising and an old-fashioned country wedding."

Porgy and Bess (1942 Broadway Revival) & (1989 Studio Cast) & (2012 Broadway Revival)
"..an opera, first performed in 1935, with music by George Gershwin, libretto by DuBose Heyward, and lyrics by Ira Gershwin and DuBose Heyward. It was based on DuBose Heyward's novel Porgy and subsequent play of the same title, which he co-wrote with his wife Dorothy Heyward. All three works deal with African-American life in the fictitious Catfish Row (based on the area of Cabbage Row in Charleston, South Carolina, in the early 1920s."

Pretty Woman
"...is a musical with music and lyrics by Bryan Adams and Jim Vallance, and a book by Garry Marshall and J. F. Lawton. The musical is based on the 1990 film of the same name written by Lawton. It centers around a down-on-her-luck Hollywood prostitute Vivian Ward, who is hired by Edward Lewis, a wealthy businessman, to be his escort for several business and social functions, and their developing relationship over the course of her week-long stay with him."

The Prince and the Pauper
"...an Off-Broadway musical based on the Mark Twain novel of the same name."

The Producers
"..a musical adapted by Mel Brooks and Thomas Meehan from Brooks' 1968 film of the same name, with lyrics written by Brooks and music composed by Brooks and arranged by Glen Kelly and Doug Besterman. As in the film, the story concerns two theatrical producers who scheme to get rich by overselling interests in a Broadway flop."

Promises, Promises (OBC) & (2010 Broadway Revival)
"...a musical based on the 1960 film The Apartment. The music is by Burt Bacharach, lyrics by Hal David, and book by Neil Simon. Musical numbers for the original Broadway production were choreographed by Michael Bennett; Robert Moore directed and David Merrick produced. The story concerns a junior executive at an insurance company who seeks to climb the corporate ladder by allowing his apartment to be used for trysts by his married superiors."

Purlie
"...a musical with a book by Ossie Davis, Philip Rose, and Peter Udell, lyrics by Udell, and music by Gary Geld. Based on Davis' 1961 play Purlie Victorious." 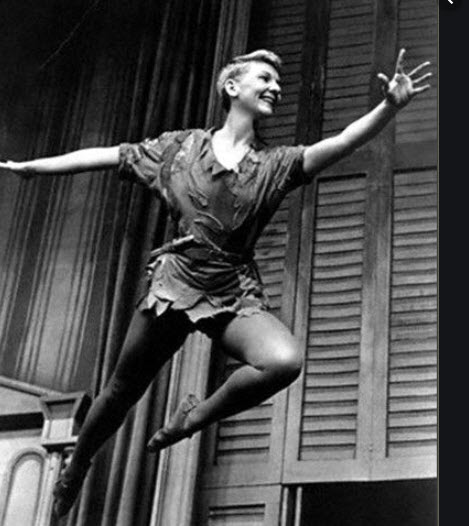