Waitress
"...is a musical with music and lyrics by Sara Bareilles and a book by Jessie Nelson. The musical is based on the 2007 film of the same name, written by Adrienne Shelly. It tells the story of Jenna Hunterson, a waitress in an abusive relationship with her husband Earl. When Jenna unexpectedly becomes pregnant, she begins an affair with her gynecologist, Dr. Jim Pomatter. Looking for ways out, she sees a pie contest and its grand prize as her chance."

Walking Happy
"...a musical with music by Jimmy Van Heusen, lyrics by Sammy Cahn and book by Roger O. Hirson and Ketti Frings. The story is based on the play Hobson's Choice by Harold Brighouse."

War Paint
"..is .a musical with book by Doug Wright, music by Scott Frankel, and lyrics by Michael Korie, based both on Lindy Woodhead's 2004 book War Paint and on the 2007 documentary film The Powder & the Glory by Ann Carol Grossman and Arnie Reisman. The musical focuses on the lives of and rivalry between 20th-century female entrepreneurs Elizabeth Arden and Helena Rubinstein."

West Side Story (OBC) &  (1983 Studio Cast) & (2007 Royal Liverpool Philharmonic Orchestra) & (2009 Broadway Revival) & (2013 San Francisco Symphony Orchestra)
"...an American musical with a script by Arthur Laurents, music by Leonard Bernstein, lyrics by Stephen Sondheim, and choreography by Jerome Robbins. The musical is an adaptation of William Shakespeare's play Romeo and Juliet. Set in New York City in the mid-1950s, the musical explores the rivalry between the Jets and the Sharks, two teenage street gangs of different ethnic backgrounds."

Where's Charley? (London Cast)
"..a musical with music and lyrics by Frank Loesser and book by George Abbott. The story was based on the play Charley's Aunt by Brandon Thomas."

Whoop-Up
"...is a musical with music by Mark Charlap, lyrics by Norman Gimbel, and book by Cy Feuer and Ernest Martin, based on Stay Away, Joe by Dan Cushman."

Wicked
"...a musical with music and lyrics by Stephen Schwartz and a book by Winnie Holzman. It is based on the Gregory Maguire novel Wicked: The Life and Times of the Wicked Witch of the West, a parallel novel of the 1939 film The Wizard of Oz and L. Frank Baum's classic story The Wonderful Wizard of Oz. The musical is told from the perspective of the witches of the Land of Oz: Elphaba, the misunderstood girl with emerald-green skin, and Galinda, later Glinda, the beautiful, ambitious and popular blonde."

The Wild Party
"..a musical with a book by Michael John LaChiusa and George C. Wolfe and music and lyrics by LaChiusa. It is based on the 1928 Joseph Moncure March narrative poem of the same name.'

Wildcat
"...a musical with a book by N. Richard Nash, lyrics by Carolyn Leigh, and music by Cy Coleman.The original production opened on Broadway in 1960, starring a 48-year-old Lucille Ball in her only Broadway show."

The Will Rogers Follies
"...a musical with a book by Peter Stone, lyrics by Betty Comden and Adolph Green, and music by Cy Coleman. It focuses on the life and career of famed humorist and performer Will Rogers, using as a backdrop The Ziegfeld Follies, which he often headlined, and describes every episode in his life in the form of a big production number. The Rogers character also performs rope tricks in between scenes. The revue contains snippets of Rogers' famous homespun style of wisdom and common sense."

Wish You Were Here
"...a musical with a book by Arthur Kober and Joshua Logan and music and lyrics by Harold Rome. The musical was adapted from Kober's 1937 play, Having Wonderful Time, and revolves around a summer camp for adults."

Wiz (OBC) & (2015 NBC Television Event)
"...a musical with music and lyrics by Charlie Smalls and book by William F. Brown. It is a retelling of L. Frank Baum's The Wonderful Wizard of Oz in the context of African American culture "

Wonderful Town (OBC) & (!998 Studio Cast) & (2004 Broadway Revival - Murphy) &  (2004 Broadway Revival -Shields)
"...a musical with a book written by Joseph A. Fields and Jerome Chodorov, lyrics by Betty Comden and Adolph Green and music by Leonard Bernstein. It is based on Fields and Chodorov's 1940 play My Sister Eileen, which is itself based on the collection of short stories by Ruth McKenney of the same name."

Working
"...a book by Stephen Schwartz and Nina Faso, music by Schwartz, Craig Carnelia, Micki Grant, Mary Rodgers, and James Taylor, and lyrics by Schwartz, Carnelia, Grant, Taylor, and Susan Birkenhead. The musical is based on the Studs Terkel book Working: People Talk About What They Do All Day and How They Feel About What They Do (1974), which has interviews with people from different regions and occupations."

Xanadu
"...a musical comedy with a book by Douglas Carter Beane, music and lyrics by Jeff Lynne and John Farrar, based on the 1980 cult classic film of the same name which was, in turn, inspired by the 1947 Rita Hayworth film Down to Earth."

Young Frankenstein
"...a musical with a book by Mel Brooks and Thomas Meehan and music and lyrics by Brooks. It is based on the 1974 comedy film of the same name written by Brooks and Gene Wilder and directed by Brooks, who has described it as his best film. It is a parody of the horror film genre, especially the 1931 Universal Pictures adaptation of Mary Shelley's Frankenstein and its 1939 sequel, Son of Frankenstein."

You're A Good Man, Charlie Brown
"...a 1967 musical comedy with music and lyrics by Clark Gesner, based on the characters created by cartoonist Charles M. Schulz in his comic strip Peanuts. The musical has been a popular choice for amateur theatre productions because of its small cast and simple staging...."

Zorba (OBC) & (1983 Broadway Revival)
"...a book by Joseph Stein, lyrics by Fred Ebb, and music by John Kander. Adapted from the 1952 novel Zorba the Greek by Nikos Kazantzakis and the subsequent 1964 film of the same name, it focuses on the friendship that evolves between Zorba and Nikos, a young American who has inherited an abandoned mine on Crete, and their romantic relationships with a local widow and a French woman, respectively." 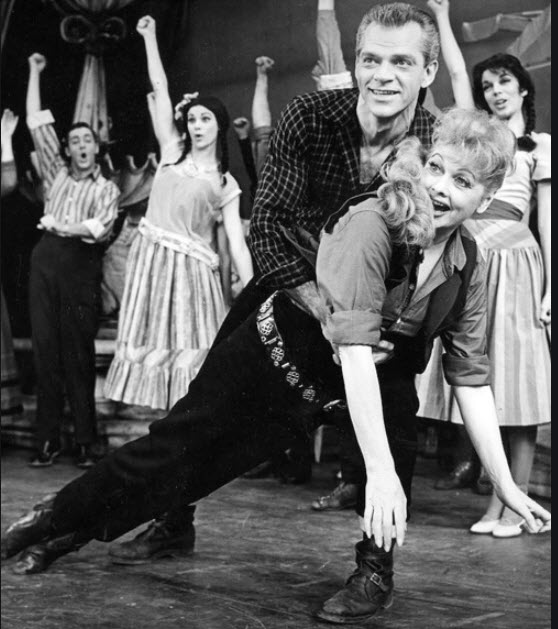