Taboo
"...a stage musical with a book by Mark Davies (extensively rewritten for the Broadway production by Charles Busch), lyrics by Boy George, and music by George and Kevan Frost. Set in an abandoned London warehouse, the partly imagined story of a group of club 'names' set in the location of what was the city's most fashionable nightclub, the now-legendary 'Taboo' (1985-87) of the title, which was the creation of Leigh Bowery. Boy George is featured as one of the club's regulars, but in reality, George rarely attended. The show also focuses on George's life prior to and after achieving fame."

Take Me Along
"...a musical based on the Eugene O'Neill play Ah, Wilderness, with music and lyrics by Bob Merrill and book by Joseph Stein and Robert Russell.'"

Tarzan
"...based on the Disney film of the same name and the story by Edgar Rice Burroughs. Music and lyrics are written by Phil Collins, with a book by David Henry Hwang."

Tenderloin (OBC) & (2000 Cast Recording)
"...a musical with a book by George Abbott and Jerome Weidman, lyrics by Sheldon Harnick, and music by Jerry Bock, their follow-up to the highly successful Pulitzer Prize-winning Fiorello! a year earlier. The musical is based on a 1959 novel by Samuel Hopkins Adams. Set in the Tenderloin, a red-light district in 1890s Manhattan, the show's story focuses on Reverend Brock, a character loosely based on American clergyman and social reformer Charles Henry Parkhurst."

They're Playing Our Song
"...a musical with a book by Neil Simon, lyrics by Carole Bayer Sager, and music by Marvin Hamlisch.In a story based on the real-life relationship of Hamlisch and Sager, a wisecracking composer finds a new, offbeat lyricist, but initially the match is not one made in heaven. The two undergo a series of trials and overcome a number of hurdles before finding true love by the final curtain. They're Playing Our Song is essentially a two-character show. Vernon and Sonia are the sole characters on stage; each character has a three-person Greek chorus acting as their inner voices, and there are no big production numbers."

13
"...a musical with lyrics and music by Jason Robert Brown and a book by Dan Elish, with Robert Horn newly joining as co-librettist. The story concerns the life of 13-year-old Evan Goldman as he moves from New York City to Appleton, Indiana, and his dilemma when the move conflicts with the celebration of his Bar Mitzvah."

This Is the Army
"...a World War Two Broadway musical designed to raise money for the military, with music and lyrics by Irving Berlin."

Thoroughly Modern Millie
"...a musical with music by Jeanine Tesori, lyrics by Dick Scanlan, and a book by Richard Morris and Scanlan. Based on the 1967 film of the same name, Thoroughly Modern Millie tells the story of a small-town girl, Millie Dillmount, who comes to New York City to marry for money instead of love – a thoroughly modern aim in 1922, when women were just entering the workforce. Millie soon begins to take delight in the flapper lifestyle, but problems arise when she checks into a hotel owned by the leader of a slavery ring in China."

Thou Shalt Not
"...a musical based on Émile Zola's novel Thérèse Raquin with music and lyrics by Harry Connick, Jr. and an adapted book by David Thompson. The musical deals with the consequences involved in the breaking of several Commandments, namely the sixth and seventh."

The Threepenny Opera (1954 Off-Broadway Revival) & (1975 Public Theater Revival)
".,.a musical by German dramatist Bertolt Brecht and composer Kurt Weill,  It was adapted from an 18th-century English ballad opera, John Gay's The Beggar's Opera, and offers a Marxist critique of the capitalist world. It opened on 31 August 1928 at Berlin's Theater am Schiffbauerdamm."

Three Wishes for Jamie
"...a musical with a book by Charles O'Neal and Abe Burrows and music and lyrics by Ralph Blane. Based on O'Neal's 1949 novel The Three Wishes of Jamie McRuin, the fantasy focuses on the title character, a young Irishman who, when offered three wishes by the Queen of the Fairies, chooses travel, a bride, and a son who can speak Gaelic."

Thrill Me: The Leopold and Loeb Story
"...a musical with a book, music, and lyrics by Stephen Dolginoff. It is based on the true story of Nathan Leopold and Richard Loeb, the so-called 'thrill killers' who murdered a young boy in 1924 in order to commit 'the perfect crime.' The story is told in flashbacks, beginning with a 1958 parole hearing."

A Time for Singing
"...a musical with music by John Morris, lyrics by Gerald Freedman and John Morris, and a book by Freedman and Morris. The work was based on Richard Llewellyn's novel of a Welsh mining village, How Green Was My Valley. The show takes place in the memory of Protestant minister David Griffith, recalling conflict within the Morgan family over the possible formation of a miners' union within the village, and the romance between Griffith himself and Angharad of the Morgans, who ultimately marries the mine owner instead..."

Tintypes
"...a musical revue conceived by Mary Kyte with Mel Marvin and Gary Pearle. With its time frame set between the turn of the 20th century and the onset of World War I, this chamber piece with a cast of five provides a musical history lesson focusing on an exciting and tumultuous period in American history. During this time, the country's population doubled, expanded by increased immigration that changed the cultural and ethnic makeup of the nation. The transcontinental railroad and Carnegie Hall were built, electricity and the telephone were introduced to homes, cowboy Theodore Roosevelt became President of the United States, automobiles joined horse-drawn carriages on city streets, and children worked in factories for twenty-five cents a day."

Titanic
"...a musical with music and lyrics by Maury Yeston and a book by Peter Stone that opened on Broadway in 1997. It won five Tony Awards including the award for Best Musical. Titanic is set on the ocean liner RMS Titanic which sank on its maiden voyage on April 15, 1912."

Tommy
"...a rock musical by Pete Townshend and Des McAnuff based on The Who's 1969 double album rock opera Tommy, also by Pete Townshend, with additional material by John Entwistle and Sonny Boy Williamson."

Tovarich
"...a 1963 musical play in two acts with book by David Shaw; music by Lee Pockriss and lyrics by Anne Croswell; based on the comedy by Jacques Deval and Robert E. Sherwood, translation from the original French of Jacques Deval by Bettina Liebowitz Knapp and Alba della Fazia."

A Tree Grows in Brooklyn
"...a musical with a book by George Abbott and Betty Smith, lyrics by Dorothy Fields, and music by Arthur Schwartz.The musical is based on Smith's autobiographical novel A Tree Grows in Brooklyn, but when Shirley Booth was cast as Aunt Sissy, a secondary character in the novel, the prominence of this role was expanded and tailored to Booth's comedic talents, diminishing the relative importance of other characters, in particular young Francie, through whose eyes the plot of the novel unfolds."

Tuck Everlasting
"... is a musical based upon the American children's novel Tuck Everlasting by Natalie Babbitt. It features music by Chris Miller, lyrics by Nathan Tysen and a book by Claudia Shear and Tim Federle."

The 25th Annual Putnam County Spelling Bee
"...a one act musical comedy conceived by Rebecca Feldman with music and lyrics by William Finn, a book by Rachel Sheinkin and additional material by Jay Reiss. The show centers around a fictional spelling bee set in a geographically ambiguous Putnam Valley Middle School. Six quirky adolescents compete in the Bee, run by three equally-quirky grown-ups."

Two by Two
"...a Broadway musical with a book by Peter Stone, lyrics by Martin Charnin, and music by Richard Rodgers. Based on Clifford Odets's play The Flowering Peach, it tells the story of Noah's preparations for the Great Flood and its aftermath."

Two Gentlemen of Verona
"...a rock musical, with a book by John Guare and Mel Shapiro, lyrics by Guare and music by Galt MacDermot, based on the Shakespeare comedy of the same name."

Two on the Aisle
"...a musical revue with a book and lyrics by Betty Comden and Adolph Green and music by Jule Styne. The project marked Comden and Green's return to Broadway following their successful reign at MGM and their first teaming with composer Styne. An evening of comedy routines and splashy musical numbers with Las Vegas-type showgirls, it was developed specifically to showcase the talents of Bert Lahr."

Two's Company
"...a musical revue with principal sketches by Charles Sherman and Peter DeVries, principal lyrics by Ogden Nash and Sammy Cahn, and principal music by Vernon Duke. The evening consisted of a series of show business-themed comedy sketches and song-and-dance routines tailored for the talents of its centerpiece, Bette Davis, who accepted the challenge of an eight-shows-a-week schedule when good film roles failed to follow her triumph in All About Eve." 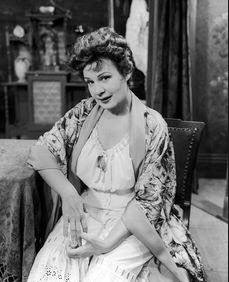