Beyond the Steps: Alvin Ailey American Dance Theatre
"Follows the extraordinary dancers and renowned choreographers of the Alvin Ailey American Dance Theater as they do everything it takes to keep modern dance fresh and a legacy alive. A rare backstage look at one of America's oldest modern dance companies at a defining moment in its history-- as it settles into its own permanent home and training facility in New York City. As the company moves, longtime company Artistic Director Judith Jamison creates a new ballet entitled Love Stories. Choreographed in collaboration with hip-hop pioneer Rennie Harris and modern dance maverick Robert Battle, Jamison explains that Love Stories expresses 'the past, present and future' of the company."

European Tanztheater
"The story of the avant garde Tanztheater, past, present, and future, is told here through filmed performances, commentary and interviews with critics and choreographers. Tanztheater, which had its roots in the 1920s and the work of Rudolf Laban, strives to reflect the social and cultural climate of the time using many artistic elements, including dance, drama, and poetry. In the words of Pina Bausch, Tantztheater is "not how people move but what moves people." Shows archival footage and edited excerpts of modern European dance. Presents portions Kurt Jooss' ballet The green tableand Pina Bausch's Rite of Spring, as well as the work of Rudof Laban, Valeska Gert, Susanne Linke, Reinhild Hoffman, and Dieta Baumann."

Freedom Koreografik, with Robert Desrosiers: Battery Opera
"Dancers, choreographers, and co-artistic directors of Battery Opera, Lee Su-Feh and David McIntosh talk about their work. Features interviews with dancers and musicians in the group and scenes from group rehearsals and performances."

Merce Cunningham Dance Company: Park Avenue Armory Event
"On December 29, 30 and 31, 2011, the Merce Cunningham Dance Company presented six valedictory performances at Park Avenue Armory before disbanding. The event marked the conclusion of the Company's Legacy Tour and the culmination of nearly 60 years of innovation. Disc 3 includes recent and archival excerpts from each of the repertory works featured on the Legacy Tour."

Rebels on Pointe
'Exploring universal themes of identity, dreams and family, this film is the first-ever documentary film celebrating the world famous Les Ballets Trockadero de Monte Carlo. The notorious all-male, drag ballet company was founded over 40 years ago in New York City on the heels of the Stonewall riots, and has a passionate cult following around the world. The film juxtaposes intimate behind-the-scenes access, rich archives and history, engaging character driven stories, and dance performances shot in North America, Europe and Japan." 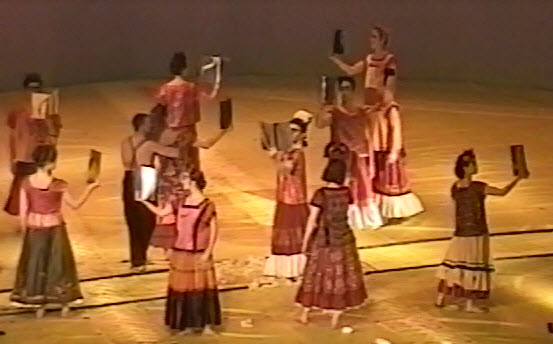