Dancing in the Light: Six dances by African-American Choreographers
"The American Dance Festival presents Dancing in the Light presents a one-hour modern dance television program showcasing six historic dance compositions by African American choreographers. All of the dances were originally recorded for the Emmy Award-winning series Free to Dance, a three-hour documentary that aired on PBS in 2001 as part of the Great Performances: Dance in America series. Dancing in the Light features six dances in their entirety or in the case of one work, a complete section."

German Lineage in Modern Dance: Solos by Wigman, Hoyer, Holm, Nikolais, Louis
"In this performance documentary dancer/choreographer Betsy Fisher performs solos from pieces by the originators of the German Expression Dance (Ausdruckstanz) and American exponents of the movement, which began in Germany prior to World War I. Fisher also provides narration describing the creation and the historical context of each work."

The History of Modern Dance
"Includes interviews, archival photographs, and footage of dance rehearsals and performances to explore the history of 20th century dance. Features discussion of topics such as shoeless dancing in ballet, the Graham technique, the contributions of the African and Caribbean movements, the use of technology, the role of academia, and more. "

Interview with Mari-Claire Charba, Actress with La Mama Theater Group. Judson Church, & Caffe Performer during the 60's Experimental Theatre Era
"Interviews with Mari-Claire Charba, actress, dancer and visual artist about her experiences with the 1960's Experimental Theatre and Dance era in NYC and its influence on contemporary theatre and dance movements. She speaks of Tom O'Horgan, Director, the Judson Church era in NYC, Anna Halprin, Isadora Duncan and other pioneers in dance, and includes film footage of classes and plays, visual arts projects, and books related to this era "

Loopdiver: The Journey of a Dance
"A dance experiment on the repetitions of the modern world evolves into an exploration into the repetitive patterns in which ordinary people find themselves trapped. Over two years, company members struggle with inner turmoil as they try to cope with extreme physical and emotional demands of creating this new work."

Miss Hill: Making Dance Matter
"...tells the inspiring and largely unknown story of a woman whose life was defined by her love for dance. Martha Hill emerges as dance's secret weapon, someone who fought against great odds to establish dance as a legitimate art form in America. Through archival footage, lively interviews with friends and intimates, and rare footage of the spirited subject, the film explores Hills's arduous path from a Bible Belt childhood in Ohio to the halls of academe at NYU and Bennington College to a position of power and influence as Juilliard's founding director of dance (1952-1985)."

Pilobolus
"Performances recorded as part of the American Dance Festival, at the Pilobolus Dance Theatre."

Still Moving: Pilobolus at Forty
"In the 1970s, at Dartmouth College in New Hampshire, USA, four male athletes joined a dance class. Their collaborative work led to the creation of Pilobolus and the transformation of modern dance. Pilobolus eschewed the bright lights of Manhattan and settled in rural Connecticut. On the eve of its fortieth anniversary, internationally-renowned, Pilobolus returns to New Hampshire for a Dartmouth-commissioned premiere of a collaboration with cartoonist Art Spiegelman. Still Moving: Pilobolus at Forty focuses on the company's lifecycle--including a founder's death--its evolution, transformation, and regeneration. At their studio, on the road, in community workshops, and on stage, the arts organism Pilobolus thrives."

3 By Martha Graham
"A program consisting of Cortege of Eagles, Acrobats of God, and Seraphic Dialog."

Turn Your F^*king Head: Deborah Hay's Solo Performance Commissioning Project
"In August 2012, twenty dance artists from eleven countries spent ten days at the Findhorn Community Foundation, Scotland, to learn and be coached in the performance of a solo they had each commissioned from renowned choreographer Deborah Hay. Hay's innovative Solo Performance Commissioning Project (SPCP) instils a transformative and rigorous daily practice that serves to stimulate and enrich each individual's approach to performance and choreography. This process then engenders twenty unique solo adaptations of the work through a period of practice that extends into the months following the project..."

Trash Dance
"Choreographer Allison Orr finds beauty and grace in garbage trucks, and in the unseen men and women who pick up our trash. Filmmaker Andrew Garrison follows Orr as she rides along with Austin, Texas sanitation workers on their daily routes to observe and later convince them to perform a most unlikely spectacle. On an abandoned airport runway, two-dozen trash collectors and their trucks deliver, for one night only, a stunningly beautiful and moving performance in front of an audience of thousands." 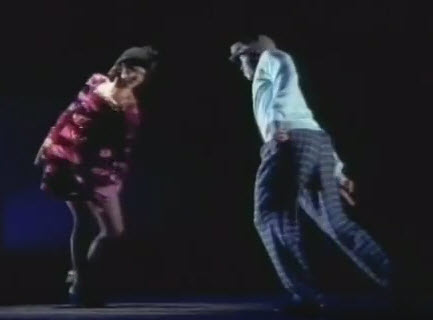 (DANCING IN THE LIGHT: SIX DANCES BY AFRICAN-AMERICAN CHOREOGRAPHERS)