American Aloha: Hula Beyond Hawaiʻi
"Goes beyond the hula stereotypes promoted by Hollywood and tourism to examine the cultural and spiritual meaning of the hula and how hula tells the history of Hawaii through music, language, and dance. Focuses on the perpetuation of hula among Hawaiians living in California. Features three kumu hula, or master hula teachers, Sissy Kaio, Mark Kealiʻi Hoʻomalu, and Patrick Makuakāne. "

Ethnic Dance Around the World
"Presents examples of ethnic dances from the Americas, Asia, Africa, Europe, and Australia and stresses their social and cultural motivations. Includes festival dances, celebration dances, courtship dances, and dances for recreation. Helps viewers understand why people dance, why dancing and music in many parts of the world are very different, and the role of religion in ethnic dancing."

Flamenco
"A series of flamenco dances, 'an integral part of the Spanish heart and culture' are performed by three hundred dancers and photographed by the master cinematographer, Vittorio Storaro."

Nā Kamalei, the Men of Hula
"Captures the journey of legendary master hula teacher Robert Cazimero and the only all-male school in Hawaii as they prepare to compete in the world's largest hula festival. Blending dance and culture with the personal stories of the men, the film tells a story of Hawaiian pride as they celebrate their 30th anniversary continuing the revival of men dancing the hula."

Trance and Dance in Bali
"Explores the themes of trance and dance in the rituals and religion of Bali through a form of the kris dance, a Balinese ceremonial dance drama in which the struggle between the witch and the dragon is played out to the accompaniment of comic interludes and violent trance seizures. Filmed at the village of Pagoetan, 1937-39. " 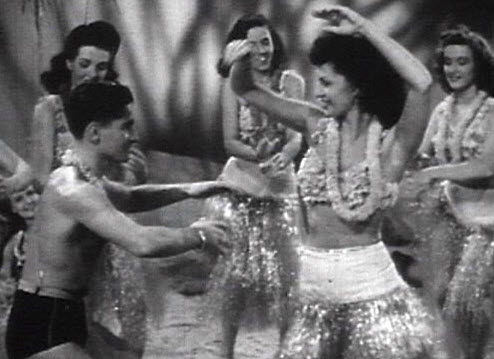