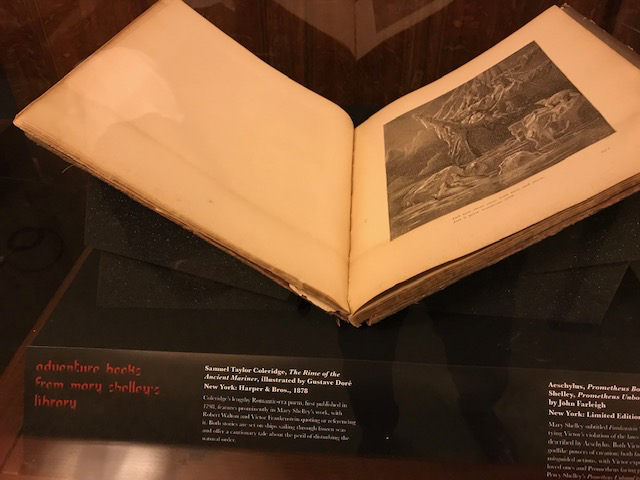 Coleridge’s lengthy Romantic-era poem, first published in 1798, features prominently in Mary Shelley’s work, with Robert Walton and Victor Frankenstein quoting or referencing it. Both stories are set on ships sailing through frozen seas and offer a cautionary tale about the peril of disturbing the natural order.

Mary Shelley subtitled Frankenstein “The Modern Prometheus,” tying Victor’s violation of the laws of nature to the Greek myth described by Aeschylus. Both Victor and Prometheus sought godlike powers of creation; both faced punishment for their misguided actions, with Victor experiencing the loss of all his loved ones and Prometheus facing perpetual physical torment. Mary’s husband, Percy, began writing his own version of the myth in 1818, the same year Frankenstein was published. The rhyming play Prometheus Unbound focuses on the events following Prometheus’s his release from captivity by Heracles.

Roman poet Ovid wrote the epic narrative poem Metamorphoses (“Book of Transformations”) at the start of the Common Era. In it, he chronicles the history of the world through the lens of mythology, starting with the Creation and ending with Julius Caesar. Ovid’s masterpiece has inspired many great writers and artists over the millennia, including Dante, Chaucer, Titian, and Shakespeare. Mary Shelley was especially taken with the myth of Prometheus, a Titan who created man from clay and rebelled against Zeus by giving fire (i.e., civilization) to humanity.

Sir William Edward Parry, Journal of a Third Voyage for the Discovery of a Northwest Passage from the Atlantic to the Pacific (London: John Murray, 1826)

Throughout the Age of Exploration, ships sailed to the corners of the Earth, seeking both scientific and commercial gain. The search for a “Northwest Passage” from the Atlantic to the Pacific inspired multiple expeditions, including the one seen here in 1824–1825, led by Captain William Parry aboard the two ships Hecla and Fury. Like Robert Walton’s trip to the far north in Frankenstein, Parry’s voyage was ultimately unsuccessful, and resulted in the wreck of the Fury.

Mary Shelley found inspiration in Milton’s epic poem about the biblical story of humanity’s creation, temptation, and eventual fall from grace. The epigraph she chose for the title page of Frankenstein is a quotation from Paradise Lost, and appears in Book X, lines 743–744 (shown here). It foretells the creature’s anguish at having been so irresponsibly brought to life by Victor. This eighteenth-century edition is illustrated by well-known English artist Francis Hayman, the first librarian of the Royal Academy. 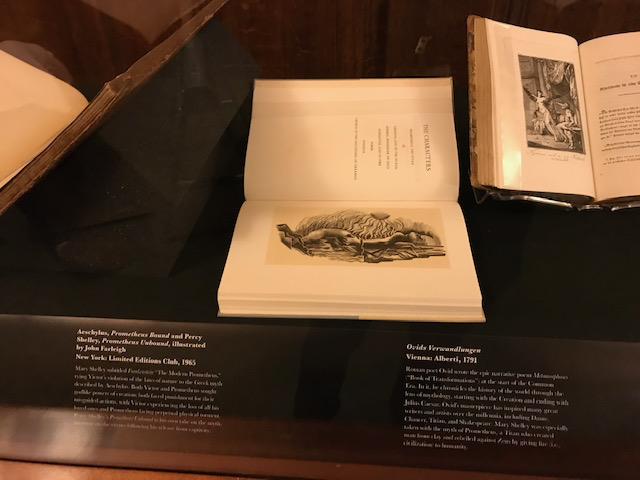 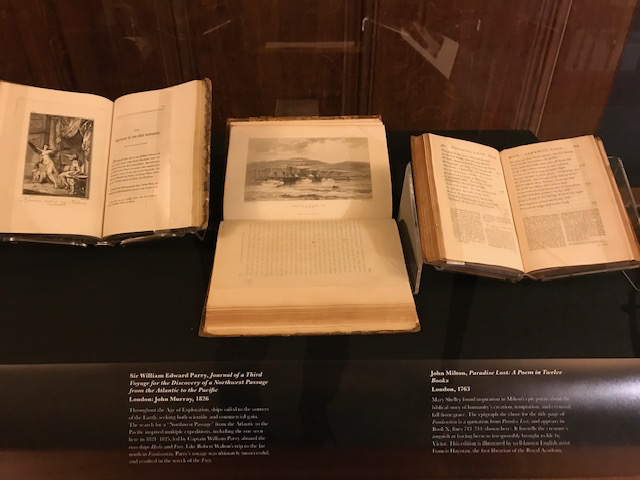 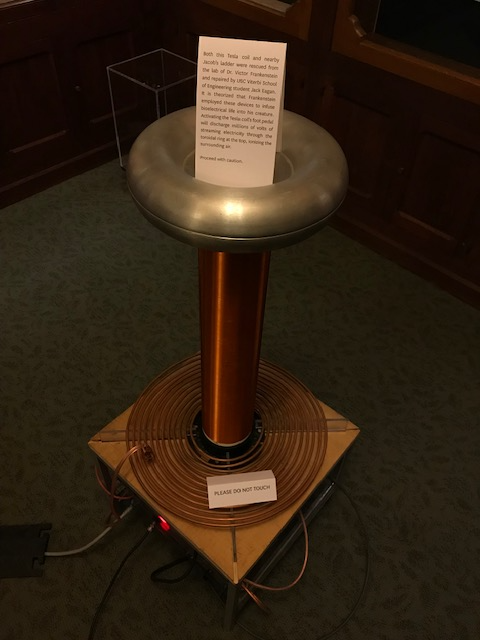 As part of the "Mary Shelley's Frankenstein Re-Animated" event on April 4, 2019, USC School of Architecture students Zhao Terry Yi and Xiachan Christine built this plexiglas model of Doheny Library's facade. Various liquids, inks and live worms were inserted into the model was filmed via time-lapse video to mimic the processes of entropy. This footage was then animated by USC alumna Zoey Lin and current USC animation student Ana Carolina Estarita for portions of the live projection-mapping event. 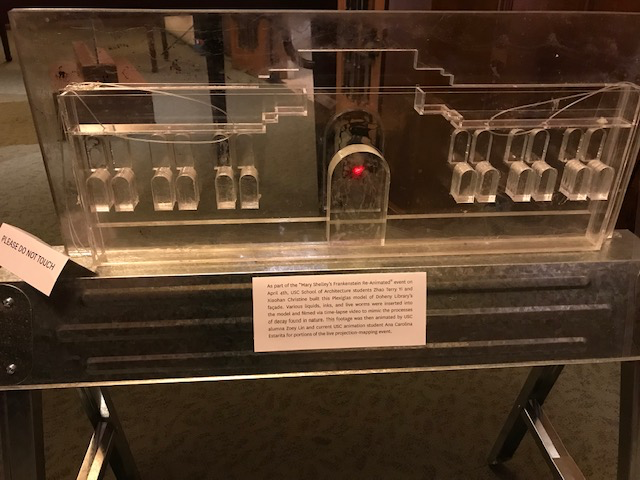