Mary Shelley (1797-1851) was the daughter of the famous feminist writer Mary Wollstonecraft and political philosopher William Godwin. Her mother died just a month after she was born.

During her childhood Mary was encouraged to develop her strong intellectual abilities. She began writing at an early age and while still a teenager wrote the novel Frankenstein; or, The Modern Prometheus. 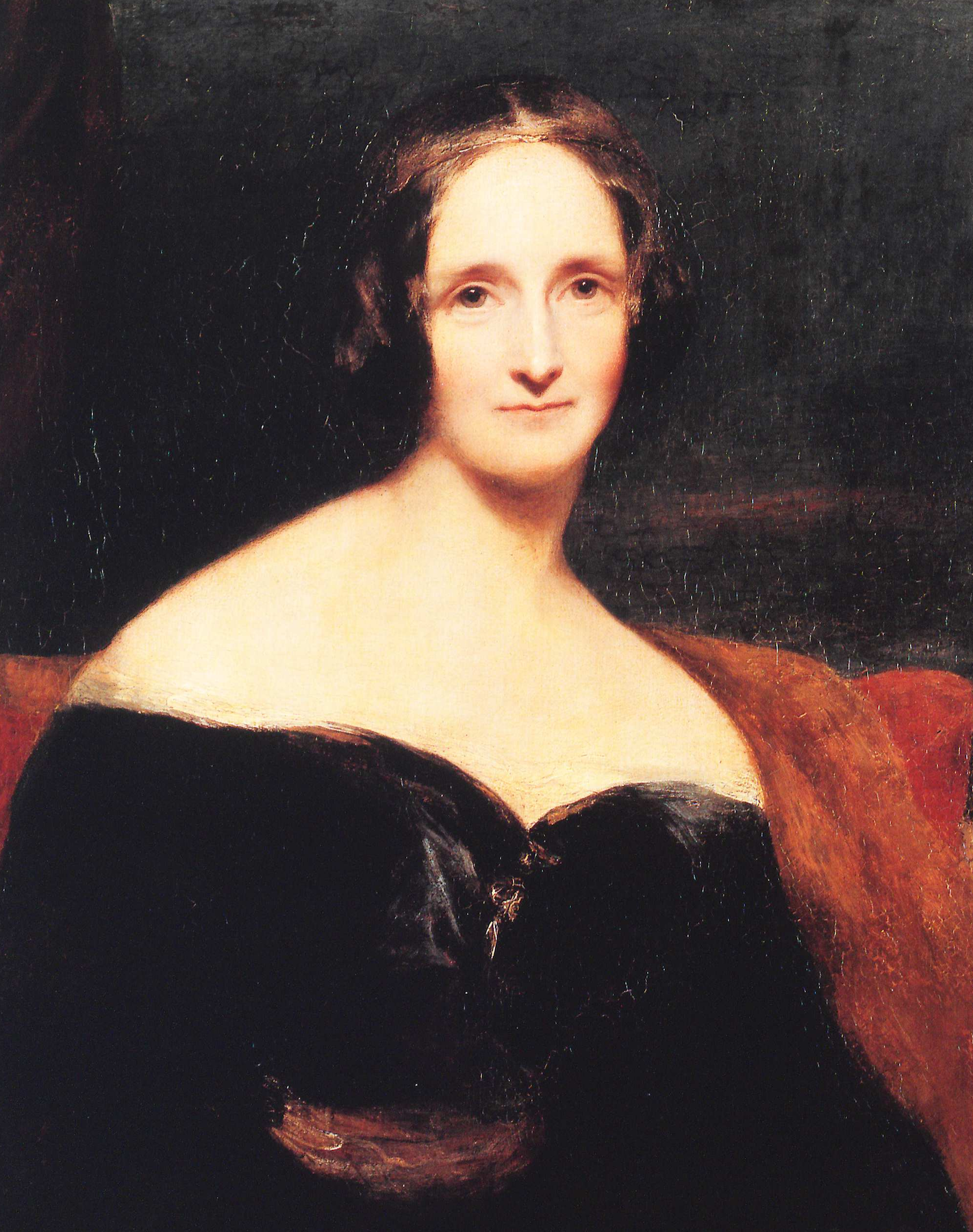 At the age of 17, Mary ran away with famous Romantic poet Percy Shelley who was already married and gave birth to their daughter. Mary and Percy’s child died just two weeks old. The couple lost two more infants before their final son, Percy Florence Shelley, was born. Mary and Percy married in 1816 but she became a widow in 1822 when Percy drowned. Mary’s life was filled with loss including the death of her mother, half-sister, husband and children.

This portrait of Mary Shelley was painted by the Irish artist Richard Rothwell in 1840.