This guide is intended to help any faculty, graduate, or undergraduate student find resources in the area of Holocaust Studies.

In the spring of 2009, USC acquired an 8,000-item special book collection with the help of the Shapell-Guerin Chair in Jewish Studies that will be invaluable for the study of the Holocaust at our university. It includes a wide variety of materials, such as rare books and original Nazi pamphlets, monographs, document editions, diaries, and eyewitness testimonies. The diverse collection is a tremendous resource for USC researchers in many fields, ranging from history, political science, and sociology to philosophy, visual studies, literature, and the arts.

The collection provides vital primary and secondary sources for Holocaust research and education. The collection includes several hundred original items from 1930s and 1940s Germany, such as handbooks and propaganda materials issued by the Nazi regime, publications by Nazi Party leaders, anti-Semitic pamphlets, but also Jewish publications, and historical documents such as army certificates, letters, photographs and passports. The collection also contains hundreds of firsthand accounts from Jewish survivors, such as transcripts of interviews of Survivors in German DP camps and the complete Buenos Aires series of Yiddish testimonies, as well as published Diaries. In addition to this material, USC libraries also acquired 300 boxes of the original transcripts of the Nuremberg war crime trials, including the major war crimes trial of 1945/46 and the US follow up trials against German physicians, the killing squads, the foreign office, the Nazi army and the big industries. This almost complete set of Nuremberg trial material includes transcripts of the trial proceedings and original German documents.

The Holocaust studies collection features a comprehensive selection of secondary resources in English, German, Polish, Yiddish, Hebrew, and other languages, including most of the early Holocaust historiography from the 1940s and 1950s. This secondary material, which is particularly strong down to the 1980s, focuses on a wide range of topics related to the Holocaust and the Jewish experience. These include anti-Semitism; the persecution of Jews in Germany, occupied Poland and other European countries; Nazi visual propaganda; ghettos, concentration camps; the experiences of Jewish women and children; Gypsies, homosexuals, and other non-Jewish victims of the Holocaust; Jewish resistance groups and the liberation of concentration camp survivors; and the post-war trials.

The combined collection will especially benefit students and researchers at USC, adding an important historical scope to the USC Libraries’ collections of Holocaust-related materials and other resources at the university (around 3000 items in the libraries’ collections acquired during the last two decades, primarily recent histories of the Holocaust or books about its ethical implications). Moreover, the new collection’s written testimonies, diaries, and interviews with survivors will complement the archives of video testimonies preserved by the USC Shoah Foundation Institute as well as the USC-libraries special collections containing the Lion Feuchtwanger library and other private donations of German-Jewish emigrants.

This unique collection, housed at a special room at Doheny library, will be a tremendous benefit to USC faculty and students from numerous departments, to scholars from around the world working as research fellows at the Shoah Institute and to future USC programs related to the Holocaust and genocides. This collection will also be an invaluable resource the greater Los Angeles community, since it offers rare primary material and secondary literature to the Los Angeles area that are unavailable at UCLA, the Simon Wiesenthal Center, or the Los Angeles Museum of the Holocaust. 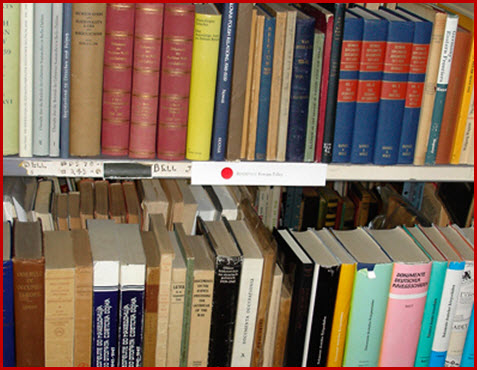