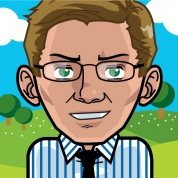 Resources in all formats that support teaching, research, and learning in the discipline of political science are located primarily in or accessible online from the Library for International and Public Affairs. The central focus is encompassed in the following areas of teaching and research that govern the acquisition of resources: urban politics and public policy; American political behavior and institutions; American public opinion and research methods; civic engagement; minorities and women in politics; political communications; contemporary political philosophy [in collaboration with the Hoose Library of Philosophy]; public and constitutional law; the American presidency; international organization and administration; foreign security policy; California politics; and human rights law and public policy. There are no geographical limitations to what is acquired, but particular emphasis is placed on the political affairs of European countries in support of the European Union depository collection of Southern California. Materials are acquired in three ways: standing orders of books from specific publishers and in designated subject areas under the GOBI vendor profile, individually purchased titles [firm orders] from GOBI and other vendors, and donations.

The primary emphasis is collecting contemporary post-9/11 political affairs materials as earlier works transition to studies of history. In certain areas, such as comparative politics and political theory, materials covering earlier periods of time are acquired. With the general exception of textbooks, anthologies, and reprinted dissertations, scholarly materials of all types are collected, including monographs [e.g., stand alone books], serials [e.g., journals and magazines], research reports and working papers, and online resources. The collecting efforts in domestic political affairs emphasize materials either published in or translated into English. Materials in other languages are purchased very selectively or accepted on a case-by-case basis for transfer from the East Asian Library and the Boeckmann Center for Iberian and Latin American Studies.

Library faculty consider permanent removal of print materials based primarily on the following criteria: older editions that are not historically significant, duplicate copies, damaged or mutilated materials, or in response to emerging space constraints. Materials also may be considered for permanent removal in response to significant and long-lasting changes in the curriculum, areas of research, and teaching priorities of the Dornsife Department of Political Science.