SOWK 546: The Science of Social Work: Research Designs and Methods

Research guide for students in the course SOWK 546. Introduction to the role of scientific inquiry in advancing social work goals.

Explore the methods map below from SAGE Research Methods online to learn more about various research methods and find definitions of research terms. Click on the image of the map to interact with the map online. 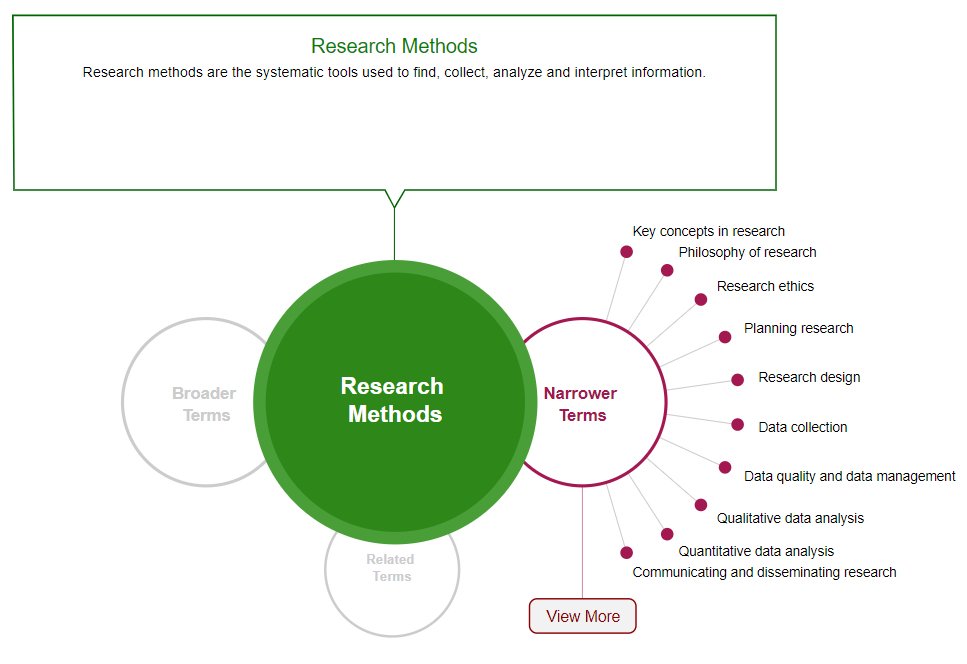 Use the resources below to get more background and information on various research designs and methods.

The following information and examples are from the Encyclopedia of Research Design cited and linked above:

Independent variables are predetermined by researchers before an experiment is started. They are carefully controlled in controlled experiments or selected in observational studies (i.e., they are manipulated by the researcher according to the purpose of a study).

The dependent variable is the effect to be observed and is the primary interest of the study (Salkind, 2010).

Consider a study on the relationship between physical inactivity and obesity in young children: The parameter(s) that measures physical inactivity, such as the hours spent on watching television and playing video games, and the means of transportation to and from daycares/schools is the independent variable. These are chosen by the researcher based on his or her preliminary research or on other reports in literature on the same subject prior to the study. The parameter(s) that measure obesity, such as the body mass index, is (are) the dependent variable (Salkind, 2010)