The Mudd Memorial Hall of Philosophy (1929) is perhaps the most elegant of the many Romanesque Revival-style buildings on campus, and won a gold medal for design from the Los Angeles Art Association in 1931. It was designed by Ralph Carlin Flewelling, whose father was a longtime professor of philosophy at USC, and its design recalls a medieval monastery, with courtyard cloister, tower, and elaborate carvings in the Romanesque tradition. The interior of Mudd Hall features wood, colorful tile, terra cotta, and painted plaster ceilings. The second-floor Hoose Library of Philosophy occupies a dramatic double-height room. The building underwent extensive structural and decorative restoration in 2003, earning a 2004 Los Angeles Conservancy Preservation Award.

Retrofit of Hoose Library of Philosophy after the Northridge earthquake https://news.usc.edu/205/Brick-and-Mortar/ 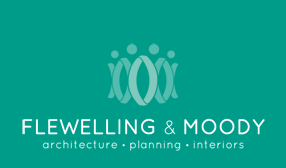 From their website under their company history it states the following, "Flewelling and Moody, Inc. is a California Corporation founded by Ralph Carlin Flewelling in 1928 in Los Angeles. Some of Flewelling’s most noteworthy designs include the Beverly Hills Post Office, USC’s Seeley W. Mudd Memorial Hall of Philosophy, and Caltech’s Millikan Memorial Library." 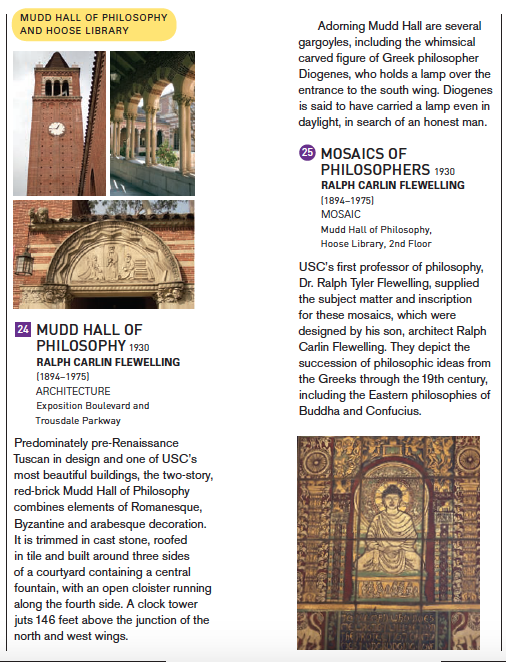 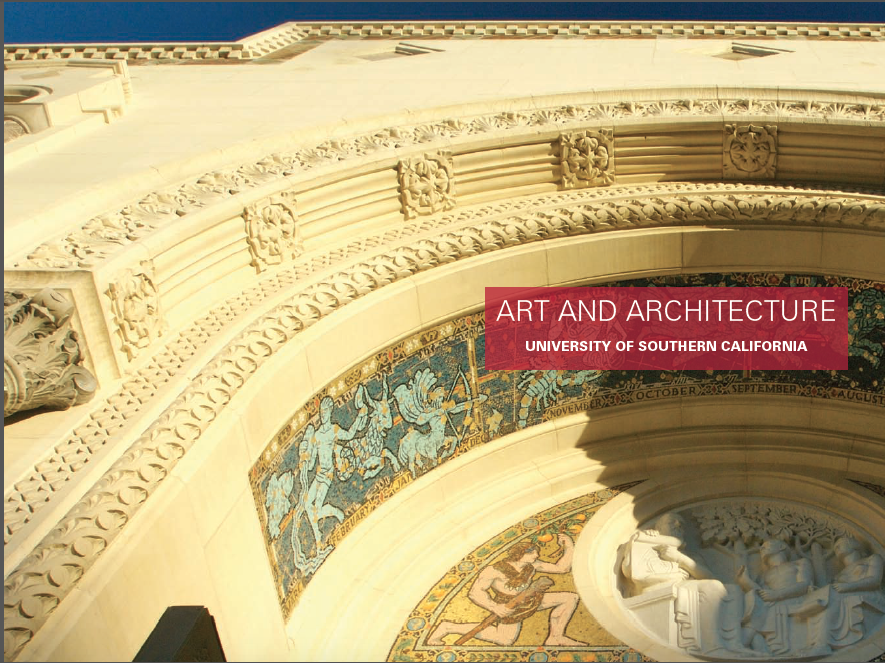 "Self-guided Tour: Welcome to the USC Art and Architecture selfguided tour. From the Romanesque architecture of Doheny Memorial Library to the Zen-like abstraction of Woods Davy’s stone-and-steel sculpture, from gargoyles representing Greek philosophers to the politically charged work of contemporary artists Jenny Holzer and Judy Baca, USC invites you to engage with its enduring legacy of public art and architecture. This guide will introduce you to the buildings, sculptures, fountains, murals, galleries and architectural details that have shaped the University’s unique physical and cultural growth since its inception. The tour enables you to walk at your own pace while taking in the beauty of the University Park campus. We hope you find this tour a memorable and thought-provoking part of your visit to USC." (pg. 2)

First and foremost we must give proper credit to the creator of the Public Art in Los Angeles website, our very own Ruth Wallach. As noted on the homepage of Ruth's website the following acknowledgements:

"Many people and agencies provided me with information for this Web site. I would like to particularly mention The Community Redevelopment Agency (CRA), the Metropolitan Transportation Authority (MTA), and the Los Angeles County Arts Commission. I am also indebted to the files and publications given to me by Michael Several, and to the information provided in "Spine" by Jud Fine, "Downtown Los Angeles; A Walking Guide" by Robert Herman, and "Street Gallery" by Robin Dunitz. I also want to thank Curtis Roseman, professor of Geography at USC, who led me and others on several walking tours of the downtown area, allowing me to photograph many of the works included in this web site. The University of Southern California Libraries provided me with the financial support to develop this site.

Additional information about the city may be found through The City of Los Angeles Government Page and Los Angeles Downtown News sites. For information regarding this page, contact Ruth Wallach, USC Libraries. (This page last updated 4/2010)."

The hyperlinks below link to photographs of each subject.

The Main Reading Room's impressive design features include a very high cathedral ceiling with massive crossbeams; walls covered with decorative painting and twenty-two recessed plaques depicting great philosophers. Bright, clear windows soar on either side of the room. Tall, graceful columns supporting Moorish arches parallel the windows and delineate study alcoves formed by the book shelves below the windows, accent the length of the room and lead the eye to colorful stained glass windows in the apse. At the end opposite the apse is the great stone fireplace; and down the center of the room, unifying the whole, are five sets of refectory-style tables and chairs. In addition, the entry-way arch displays a wood carving of a scholar and students.

Henley, W. Ballentine and Arther E. Neeley, eds.  Cardinal and Gold; A Pictoral and Factual Record of the Highlights of Sixty Years of Progress on the Southern California Campus with Views and News of Some of the 70,000 Students who Played Their Part in the Growth of a Great University, 1880-1940. Los Angeles: The General Alumni Association, 1939.

These images are examples from the USC Digital Library 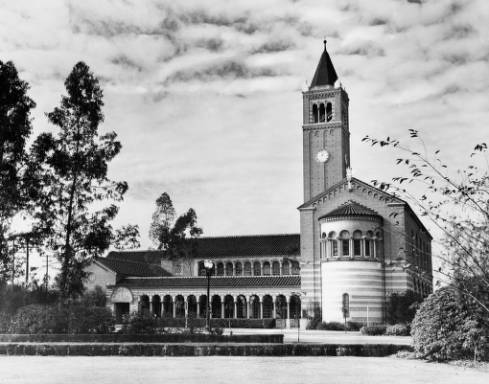 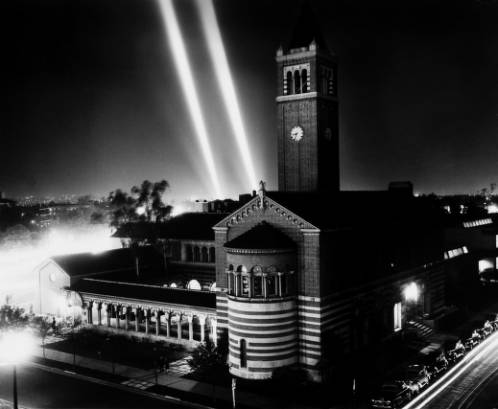