"Anouilh was born in Cérisole, a small village on the outskirts of Bordeaux, and had Basque ancestry. His father, François Anouilh, was a tailor and Anouilh maintained that he inherited from him a pride in conscientious craftmanship. He may owe his artistic bent to his mother, Marie-Magdeleine, a violinist who supplemented the family's meager income by playing summer seasons in the casino orchestra in the nearby seaside resort of Arcachon. Marie-Magdeleine worked the night shifts in the music-hall orchestras and sometimes accompanied stage presentations, affording Anouilh ample opportunity to absorb the dramatic performances from backstage. He often attended rehearsals and solicited the resident authors to let him read scripts until bedtime. He first tried his hand at playwriting here, at the age of 12, though his earliest works do not survive.

The family moved into Paris in 1918 where the young Anouilh received his secondary education at the Lycée Chaptal. Jean-Louis Barrault, later a major French director, was a pupil there at the same time and recalls Anouilh as an intense, rather dandified figure who hardly noticed a boy some two years younger than himself. He earned acceptance into the law school at the Sorbonne but, unable to support himself financially, he left after just 18 months to seek work as a copywriter at Publicité Damour. He liked the work and spoke more than once with wry approval of the lessons in the classical virtues of brevity and precision of language he learned while drafting advertising copy.

Anouilh's financial troubles continued after he was called up to military service in 1929. Supported by only his meager conscription salary Anouilh married the actress Monelle Valentin in 1931. Though she would go on to star in many of his plays, Anouilh's daughter Caroline (from his second marriage), claims that the marriage was not a happy one. Anouilh's youngest daughter Colombe even claims that there has never been an official marriage between Anouilh and Valentin. She allegedly had multiple extra-marital affairs, which caused Anouilh much pain and suffering. The infidelity weighed heavily on the dramatist as a result of the uncertainty about his own parentage. According to Caroline, Anouilh had learned his mother had had a lover at the theatre in Arcachon who was actually his biological father. In spite of this, Anouilh and Valentin had a daughter, Catherine, in 1934 who would follow the pair into theatre work at an early age. Anouilh's growing family placed further strain on his already limited finances. Determined to break into writing full-time, he began to write comic scenes for the cinema to supplement their income/

At the age of 25, Anouilh found work as a secretary to the French actor and director Louis Jouvet at the Comédie des Champs-Elysées. Though Anouilh's boss had happily lent him some of the set furniture left over from the production of Jean Giraudoux's play Siegfried to furnish his modest home, the director was not interested in encouraging his assistant's attempts at playwriting.Jouvet had risen to fame in the early 1930s through his collaborations with the playwright Giraudoux, and together the two worked to shift focus from the authorial voice of the director, (which had dominated the French stage since the early twentieth century) back to the playwright and his text.

Giraudoux was an inspiration to Anouilh and, with the encouragement of the acclaimed playwright, he began writing again in 1929. Before the end of the year he made his theatrical debut with Humulus le muet, a collaborative project with Jean Aurenche. It was followed by his first solo projects, L’Hermine (The Ermine) in 1932 and Mandarine in 1933, both produced by Aurélien Lugné-Poe, an innovative actor and stage manager who was then head of the Théâtre de l'Œuvre. Ruled by the philosophy, 'the word creates the decor,' Lugné-Poe let Anouilh's lyrical prose shine in front of a backdrop of simple compositions of line and color that created a unity of style and mood.

The plays were not great successes, closing after 37 and 13 performances respectively, but Anouilh persevered, following it up with a string of productions, most notably Y'avait un prisonnier (1935). These works, most in collaboration with the experimental Russian director Georges Pitoëff, were considered promising despite their lack of commercial profits, and the duo continued to work together until they had their first major success in 1937 with Le voyageur sans bagage (Traveller Without Luggage). In subsequent years, there was rarely a season in Paris that did not prominently feature a new Anouilh play and many of these were also being exported to England and America. After 1938, however, much of Anouilh's later work was directed by the prominent Paris scenic designer André Barsacq, who had taken over as director of the Théâtre de l'Atelier after Charles Dullin's retirement in 1940. Barsacq was a champion for Anouilh and their affiliation was a major factor in the playwright's continued success after the war.

In the 1940s, Anouilh turned from contemporary tales to more mythical, classic, and historic subjects. With protagonists who asserted their independence from the fated past, themes during this period are more closely related to the existential concerns of such writers as Jean-Paul Sartre and Albert Camus. The most famous play of this group is Antigone, which 'established Anouilh as a leading dramatist, not only because of the power with which he drew the classic confrontation between the uncompromising Antigone and the politically expedient Creon, but also because French theatre-goers under the occupation read the play as a contemporary political parable.'His post-war plays dealt with similar concerns and included Roméo et Jeannette, Médée (Medea), and Anouilh's Joan of Arc story L'Alouette (The Lark), which, in its distinct optimism, rivalled the commercial success of Antigone.

Anouilh himself grouped his plays of this period on the basis of their dominant tone, publishing his later works in collected volumes to reflect what he felt 'represented the phases of his evolution and loosely resembled the distinction between comedy and tragedy. Pièces noires or 'Black plays' were tragedies or realistic dramas and included Antigone, Jézabel, and La Sauvage (The Restless Heart). This category typically featured 'young, idealistic, and uncompromising protagonists [who] are able to maintain their integrity only by choosing death.' By contrast, in Anouilh's pièces roses or  'pink plays' were comedies where fantasy dominated with an atmosphere similar to that of fairy tales. In these plays such as Le Bal des voleurs (Carnival of Thieves), Le Rendez-vous de Senlis (Dinner with the Family) and Léocadia (Time Remembered), the focus is on 'the burden of the environment and especially of the past on a protagonist seeking a happier, freer existence.'

Most of Anouilh's plays of the late 1940s and into the 1950s become darker and distinctly cruel and, in contrast with his earlier works, begin to feature middle-aged characters who must view life more practically than Anouilh's former idealistic youths. The playwright divided the works of this period into pièces brillantes ('brilliant plays') and pièces grinçantes ('grating plays'). The first group includes works such as L'Invitation au château (Ring Round the Moon) and Colombe, and are typified by aristocratic settings and witty banter. The grating plays like La Valse des toréadors (Waltz of the Toreadors) and Le Réactionnaire amoureux (The Fighting Cock) are more bitterly funny, trading clever word play for a darker tone of disillusionment.

Another category Anouilh specifies are his pièces costumées ('costume plays') which include The Lark, La Foire d'Empoigne (Catch as Catch Can), and Becket, an international success, depicting the historical martyr Thomas Becket, the Archbishop of Canterbury who sought to defend the church against the monarch (and his friend), Henry II of England, who had appointed him to his see. So classified because they share historical 'costumed' settings, Anouilh also specifies that these plays must also prominently feature an enlightened protagonist seeking 'a moral path in a world of corruption and manipulation.'

Anouilh's final period begins with La Grotte (The Cavern), in which he comments on his own progress as a writer and a theatre artist. The central character is a playwright suffering from writers' block who in his frustration recalls the foibles of Luigi Pirandello's Six Characters in Search of an Author. Anouilh's work had always contained hints of metatheatricality, or commentatry on the business of theatre within the world of the play, but in his late works these structures became more fully developed as he begins to write primarily about character who are dramatists or theatre directors. There is also a pronounced link, during this time, of Anouilh's emphasis of theatre and the family, displaying intimate relationships that are 'more profound and more important than the traditional heightened action of 'theatre'. Antoine, the playwright-protagonist of Cher Antoine; ou, L'Amour raté (Dear Antoine; or, The Love That Failed), asserts that the world must take notice of these pièces secrètes (secret dramas) and Anouilh scholars have proposed this name, 'pièces secrètes,' to classify the collected works of his latest period." 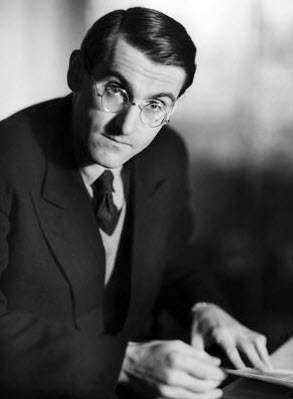