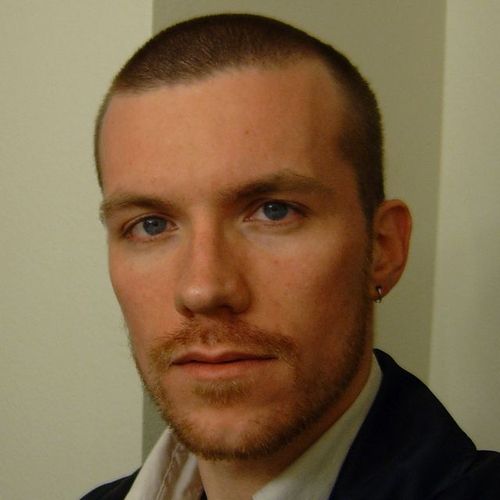 Jeremy Douglass is Assistant Professor of English at UC Santa Barbara, where he researches and teaches games and playable media, electronic literature, and the art and science of data mining and information visualization.  He is active in the Software Studies and Critical Code Studies research communities, which study software society and the cultural meaning of computer source code. Douglass is a founding member of Playpower, a MacArthur/HASTAC funded digital media and learning initiative to use ultra-affordable 8-bit game systems as a global education platform, and a participant in an NSF grant exploring creative user behavior in virtual worlds.

Erik Loyer is the Creative Director, Vectors and the Alliance for Networking and Visual Culture - Scalar. He uses tactile and performative interfaces to tell stories with interactive media. His work has been exhibited online and internationally at venues including MOCA Los Angeles, the Prix Ars Electronica, and IndieCade. Loyer's award-winning website The Lair of the Marrow Monkey was one of the first to be added to the permanent collection of a major art museum, at SFMOMA. As Creative Director for the experimental digital humanities journal Vectors, he has designed over a dozen interactive essays in collaboration with numerous scholars, including the Webby-honored documentary Public Secrets. Loyer is the founder of interactive design studio Song New Creative, and creates story-driven interactive entertainment under the Opertoon label, including the best-selling and critically-acclaimed iOS application Strange Rain. His current projects include the interactive graphic novel Upgrade Soul and the philosophical flight sim Languish.

Mark C. Marino is a writer and scholar of digital literature living in Los Angeles.  He is the  Director of Communication of the Electronic Literature Organization (http://eliterature.org).  His works include “Living Will,” “a show of hands,” and “Marginalia in the Library of Babel.” He was one of ten co-authors of 10 PRINT CHR$(205.5+RND(1)); : GOTO 10 (http://10print.org) and is a collaborator with Jessica Pressman and Jeremy Douglass on the forthcoming Reading Project: A Collaborative Analysis of William Poundstone's Project for Tachistoscope {Bottomless Pit}.  He is currently working with his two children on a series of interactive children's stories entitled Mrs. Wobbles and the Tangerine House.  He is an Associate Professor (Teaching) at the University of Southern California where he directs the Humanities and Critical Code Studies  (HaCCS) Lab (http://haccslab.com).  His complete portfolio is here: http://markcmarino.com 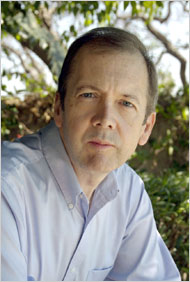 William Poundstone is the author of fourteen print books of nonfiction and has been twice nominated for the Pulitzer Prize. His books range in scope and focus, but all share an interest in unearthing and explaining the central facets, figures, and complex theories of our technoculture. His print oeuvre traces the intersections of computing, cognition, and capitalism: The Recursive Universe: Cosmic Complexity and the Limits of Scientific Knowledge (1984), Prisoner’s Dilemma: John von Neumann, Game Theory, and the Puzzle of the Bomb (1992), How Would You Move Mount Fuji?: Microsoft’s Cult of the Puzzle—How the World’s Smartest Companies Select the Most Creative Thinkers (2003), Priceless: The Myth of Fair Value (and How to Take Advantage of It) (2010). Poundstone’s books explore and expose: Big Secrets: The Uncensored Truth About All Sorts of Stuff You Are Never Supposed to Know (1983), Bigger Secrets: More Than 125 Things They Prayed You’d Never Find Out (1986), Fortune’s Formula: The Untold Story of the Scientific Betting System That Beat the Casinos and Wall Street (2005). Jessica Pressman is Assistant Professor of English and Comparative Literature at San Diego State University and directs SDSU’s Digital Humanities Initiative. She is the author of Digital Modernism: Making It New in New Media (Oxford UP, 2014), co-author, with Mark C. Marino and Jeremy Douglass, of Reading Project: A Collaborative Analysis of William Poundstone’s Project for Tachistocope {Bottomless Pit} (Iowa UP, 2015), and co-editor, with N. Katherine Hayles, of Comparative Textual Media: Transforming the Humanities in a Postprint Era (Minnesota UP, 2013). She is a recipient of awards from the National Endowment for the Humanities (NEH) and from the American Council of Learned Societies (ACLS). Her full CV can be found at http://www.jessicapressman.com