USC is the home of a number of Centers and Institutes that bring together scholars—faculty members, postdoctoral fellows, Ph.D. students, and high-reaching undergraduates—to work on common sets of intellectual concerns. This page includes some of the prominent centers at USC which support humanities scholarship at USC, by reaching across disciplines in order to solve complex problems, and in that sense, resemble large-scale scientific projects. USC - Humanities in a Digital World Program. In January 2014 the Andrew W. Mellon Foundation awarded USC a major grant designed to provide PhD candidates and post-doctoral fellows in the humanities with advanced skills relating to the digital humanities. Building on the success of USC Mellon Digital Humanities Program, the Andrew W. Mellon Foundation awarded USC a second grant in July 2017 to develop the USC Mellon Humanities in a Digital World Program. / The new program draws strength from experience, but points in new directions with new partners. It anticipates that digital technologies are an ubiquitous part of scholarship across humanities fields. It addresses the need for graduate students, postdoctoral fellows, and faculty to develop mastery of specific skills that will enable them to conduct research with the highest levels of expertise and cutting-edge methods.

USC-Huntington Early Modern Studies Institute . The USC-Huntington Early Modern Studies Institute (EMSI) supports advanced research and scholarship on human societies between 1450 and 1850.  The Institute’s range is global.  Unlike existing centers that focus on particular regions, the Institute aims to advance knowledge of the diverse societies in and around the Atlantic and Pacific basins. The Institute is composed of a community of scholars based in the Los Angeles region and supplemented by short- and long-term visitors.  EMSI strives to provide a suitable setting for nourishing intellectual achievement, advancing interdisciplinary research, and sharing path-breaking discoveries.  The Institute aims to promote new avenues for research in the humanities and social sciences.

USC Shoah Foundation -  Visual History Archive  The Visual History Archive is USC Shoah Foundation’s online portal that allows users to search through and view more than 55,000 video testimonies of survivors and witnesses of genocide. Each testimony a unique source of insight and knowledge that oﬀers powerful stories from history that demand to be explored and shared. Initially a repository of Holocaust testimony, the Archive expanded in April of 2013 to include 64 testimonies from the 1994 Rwandan Tutsi Genocide and again in April 2014 to include 12 testimonies from the 1937 Nanjing Massacre in China. All told, the testimonies have been conducted in 62 countries and 39 languages. They average a little over two hours each in length and were conducted in 65 countries and 43 languages. The vast majority of the testimonies contain a complete personal history of life before, during, and after the interviewee’s firsthand experience with genocide.

USC Shinso Ito Center for Japanese Religions and Culture  The USC Shinso Ito Center’s mission is to promote the study of Japanese religions and culture at USC and in the broader intellectual community of Japan Studies. We foster this area of study by funding faculty-led research projects; planning conferences, colloquia, and workshops; providing faculty and graduate student research support awards; and by hosting visiting scholars and postdoctoral fellows. (...) Among the six major research projects supported by the Ito Center are: the Hybrid Japan Innovation Lab, focused on generating innovative solutions to the question of Japan’s role on the global stage in the 21st century and the Hapa Japan Database Project, dedicated to the study of mixed-roots Japanese people globally from both historic and contemporary perspectives.

Center for Visual Anthropology  The Center for Visual Anthropology (CVA) at USC was founded by the acclaimed anthropologist Barbara Myerhoff, best known for her Academy Award-winning documentary Number Our Days (1976). The CVA is dedicated to the incorporation of visual modes of expression into the academic discipline of anthropology. It does so in conjunction with the faculty of the Department of Anthropology through five types of activities: teaching, research and the analysis of visual culture, production of visual projects, archiving and collection, and the sponsorship of conferences and film festivals.

Visual Studies Research Institute  Funded primarily by USC Dornsife and building on the success of the Visual Studies Graduate Certificate, the VSRI focuses on the nature, analysis and evaluation of visual evidence in order to interrogate the relationship of seeing, believing, and proving from Antiquity to the present. (...) The Institute is based around an on-going seminar, associated with invited speakers, a team-taught graduate seminar, undergraduate and graduate research fellowships and a conference and publication project.

West Semitic Research Project. The West Semitic Research Project is an academic project affiliated with the University of Southern California School of Religion and directed by Dr. Bruce Zuckerman. For the past 32 years WSRP has used advanced photographic and computer imaging techniques to document objects and texts from the ancient world. In doing this we have built a vast collection of images that we are now making available to scholars, students, educators and the general public through a variety of ways  The InscriptiFact Project is part of the USC Semitic Project.  The InscriptiFact Digital Image Library is designed to allow access via the Internet to high-resolution images of ancient inscriptions and artifacts, primarily from the Near Eastern and Mediterranean Worlds. The target inscriptions are some of the earliest written records in the world from an array of international museums and libraries and field projects where inscriptions still remain in situ. Included are, for example, Dead Sea Scrolls; cuneiform tablets from Mesopotamia and Canaan; papyri from Egypt; inscriptions on stone from Jordan, Lebanon and Cyprus; Hebrew, Aramaic, Ammonite and Edomite inscriptions on a variety of hard media (e.g., clay sherds, copper, semi-precious stones, jar handles); and Egyptian scarabs. These ancient texts represent religious and historical documents that serve as a foundation and historical point of reference for Judaism, Christianity, Islam and the cultures out of which they emerged.

Comparative Media and Culture.  As one of three tracks in the Doctoral Program in Comparative Studies in Literature and Cultures (CSLC), this track allows students to study varied media—visual, print, sound, digital—from a comparative perspective and to deepen their understanding of the specific cultural, historical, and linguistic contexts of different media works.  With advanced competence in at least one language other than English and in addition to CSLC courses, Track I students are able to take graduate courses in the foreign language departments (East Asian, French, Italian, Spanish, and so forth) as well as other appropriate departments such as Critical Studies in the School of Cinematic Arts. 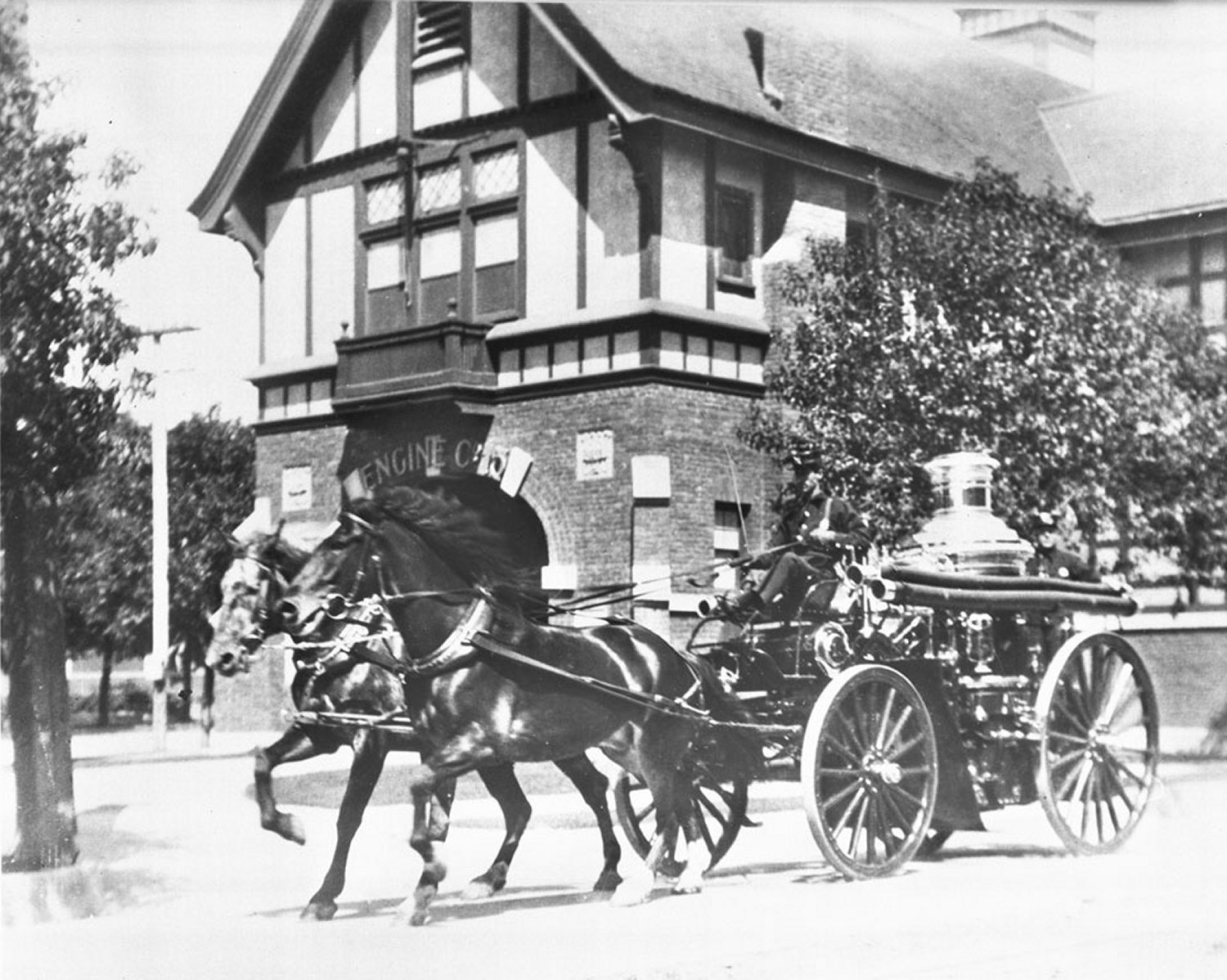 USC Digital Library   Spanning a wide range of visual media, the USC Digital Library holds almost 400,00 objects, 1.1 million files that offer digital images of drawings, illuminated manuscripts, maps, photographs, posters, prints, rare illustrated books (all of which can be viewed at the highest resolution available), as well as audio and video recordings. Encompassing the subject strengths of the vast collections of the libraries at the University of Southern California, these materials represent the applied sciences, fine and decorative arts, history, performing arts, and social sciences. A portion of the images contained in the USC Digital Library come from the collections of collaborating institutions which, like USC, have valuable archival collections that are of interest to a wide range of people.

Ahmanson Lab - USC Sidney Harman Academy for Polymathic Study Polymathy values different ways of learning, knowing, and being, ranging from the written word to various modes of embodiment and creative practice. The Ahmanson Lab extends the Harman Academy's focus on integrative learning by offering students a space for experimentation, play, and creative exploration. Through workshops on design, digital authoring, physical computing and other creative endeavors, students explore the value of making to polymathic inquiry. A roster of faculty, artists, designers, and makers work with students to expand their thinking about the potentials of polymathic practice.

Media Arts + Practice - Doctoral Program  The Division of Media Arts + Practice is devoted to exploring the potentials of storytelling, media design, scholarly expression and emergent digital technologies. The program is ideal for students who are interested in the expanded array of cinematic technologies that can be used for critical, creative expression of ideas, as well as those who want to harness the power of the cinematic arts for communication and interaction across professional disciplines.

Students emerge as thought leaders, fluent in many forms of media, with the sophistication to design and create innovative experiences that expand the state of interactive art and play.  The multidisciplinary faculty - composed of artists, industry professionals, and researchers - creates digital media scholarship, media art, games, and experiences that integrate and impact the world at large.

Game Innovation Lab  The Game Innovation Lab is a research lab led by Professor Tracy Fullerton, and housed within the Interactive Media Division in USC’s School of Cinematic Arts. The mission of the lab is to pursue experimental design of games in cultural realms including art, science, politics and learning.

Robert Zemeckis Center for Digital Arts  This Center is a 35,000 square foot facility and is the country's first and only fully digital training center, which includes The Michelle and Kevin Douglas Imax Theatre and Immersive Media Lab.

In addition, the Zemeckis Center is home to Trojan Vision, the university's student-run television station, which offers courses for credit to undergraduate and graduate students from all schools and programs at USC. Trojan Vision programming and production offices include a sound stage, a broadcast-quality control booth and suites for digital sound and picture editing. Trojan Vision brings together students from several academic units to produce four original strip-series and 17 weekly half-hour series.

Mobile and Environmental Media Lab.  Housed within USC’s School of Cinematic Arts, The Mobile & Environmental Media Lab’s design methodology straddles the cultures of visual storytelling, games, and interaction design. Accordingly, our work mashes together conceptual tools of storytelling (dramatic arc, character motivation, conflict, obstacles, and resolution) with the core concerns of game design (systems, procedures, constraints, objectives, resources, core mechanics). Our research has explored context- and location-specific mobile storytelling, interactive architecture, vehicular and environmental lifelogging, and automotive experience design. Overall, this research investigates the idea of ambient storytelling and how the built environment can act as a storytelling entity that engages and interacts with the people in specific spaces.

World Building Media Lab . Established in September 2012 at the University of Southern California’s famed School of Cinematic Arts, the World Building Media Lab emphasizes the power of using technology as a vehicle to enhance storytelling capabilities. With explorations into Virtual and Augmented Reality, the WbML has established itself as a leader at the forefront of technological-based entertainment.