Holocaust Feature Films in Leavey Library (DVDs): Books About the Holocaust and Film

Books About the Holocaust and Film (Selected Titles)

Haunted Images: Film, Ethics, Testimony and the Holocaust
"Haunted Images takes a close look at a range of treatments of the Holocaust in film, using sustained textual analysis to radically rethink film as a witness to history. Questioning the legitimacy of persistent claims that the Holocaust remains 'unrepresentable', this volume seeks to redefine the singular challenges this event presents to filmmakers, suggesting that filmic representations address the Holocaust as much through what they leave unseen -- through silences and ellipses -- as through what they visualise directly..."

Holocaust and the Moving Image
"Based on an event held at the Imperial War Museum in London, this book is a unique blend of voices and perspectives, including archivists, curators, filmmakers, and Holocaust survivors. Tracing the Holocaust, each section of the book is dedicated to a different category of the moving image: film as witness; film as propaganda; documentary in film and television; and feature films. Each section examines specific films in the broad context of the history of the Holocaust and how they have contributed to a wider understanding of the tragedy..."

The Holocaust Film Sourcebook
"The large reference was inspired first by the growing body of cinematic work, primarily fiction, associated with the Holocaust; and second by the increasing international anxiety over how to represent the Holocaust now that many of its survivors are dying, particular the debate over who gets to tell the tale. The volumes cite in turn films that approach the Holocaust through the format of a narrative story, and documentaries and propaganda films that were made during or after World War II. The articles present basic production data, names of the cast and other artists, a summary of the story; and sometimes the film's inspiration, lists of primary and secondary sources, and a list of reviews. A few stills are included. The arrangement is alphabetical by title, English translations being referred to the original. The volumes are paged and indexed separately." - Book News, Inc.

Indelible Shadows: Film and the Holocaust
Indelible Shadows investigates questions raised by films about the Holocaust. How does one make a movie that is both morally just and marketable? Film scholar Annette Insdorf provides sensitive readings of individual films and analyzes theoretical issues such as the "truth claims" of the cinematic medium. The third edition of Indelible Shadows includes five new chapters that cover recent trends, as well as rediscoveries of motion pictures made during and just after World War II. It addresses the treatment of rescuers, as in Schindler's List; the controversial use of humor, as in Life is Beautiful; the distorted image of survivors, and the growing genre of documentaries that return to the scene of the crime or rescue. The annotated filmography offers capsule summaries and information about another hundred Holocaust films from around the world, making this edition the most comprehensive and up to date discussion of films about the Holocaust, and an invaluable resource for film programmers and educators..."

Teaching Holocaust Literature and Film
"Gathering together work by leading teachers and researchers in the field, this book explores a rapidly growing area of the curriculum: Holocaust literature and film. It addresses demanding seminar-room and institutional practicalities, as well as exploring a range of conceptual and theoretical issues and problems." 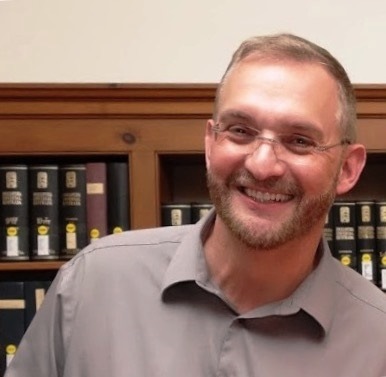