The Collapse of Peace
"Watch as this video explores the political, social, and cultural development of the Cold War. Examine how a powerful and prosperous United States came to have grave concerns about the threat of communism spreading throughout the world."

The Fifties
"World War II is fought to its bitter end in the Pacific and the world lives with the legacy of its final moment: the atomic bomb. Professor Miller continues the story as veterans return from the war and create new lives for themselves in the '50s. The GI Bill, Levittown, civil rights, the Cold War, and rock 'n' roll are discussed."

The Other America
"Analyze the conditions that fueled the struggle for civil rights by African Americans. Examine the policies of Dwight D. Eisenhower's administration amidst the backdrop of the Cold War."

The Post-War Years
"The end of World War II was the beginning of U.S. global power as well as a milestone in the nation’s economic prosperity and domestic political currents. This program examines America during the years 1945 to 1960, in which the Cold War loomed, babies boomed, and the suburban family became the bull’s-eye of the mass market. Viewers learn about the leadership transition from Truman to Eisenhower, the creation of the interstate highway system, the advent of TV and rock-n-roll, and more. :

The Way We Were?
"The end of World War II brought thousands of young servicemen back to America to pick up their lives. Find out what factors made the 1950s a time of astonishing prosperity for most Americans." 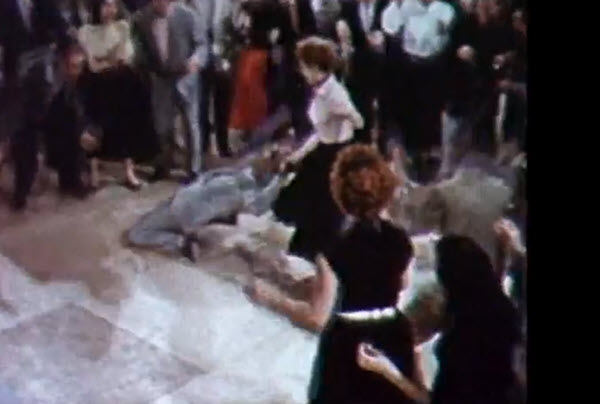