America Becomes a World Power
"While Progressive leaders showed their distrust of power in their dealings with large corporations at home, they still grasped the growing need for an aggressive national stance in world relations. This program covers the opening of Japan, the acquisition of Alaska and Hawaii, the Open Doo..."

Crucible of Empire: The Spanish-American War
"Filmed a century after the USS Maine exploded in Havana Harbor, this program narrated by Edward James Olmos examines the events and attitudes that led to the Spanish-American War, followed by an exploration of the conflict and its outcome. Early film footage and period photographs of battle scenes, interviews with some of America’s most prominent historians, and intriguing analogies to late-20th-century foreign policy make Crucible of Empire an essential documentary on the watershed event that transformed the U.S. into a world power."

Imperial Ambition
"Explore the policy of powerful countries seeking to control the political and economic affairs of weaker countries. Deduce that as American trade expanded in the late 1800s, so did American interest in the rest of the world."

Panama  Canal
"In 1914, the Panama Canal connected the world’s two largest oceans. American ingenuity and innovation had succeeded where the French had failed disastrously, but the U.S. paid a price for victory."

The Spanish-American War: First Intervention
"This A&E Special presents the Spanish-American War—a 'splendid little war' that marked America’s foray into modern geopolitics. The events both before and during the war serve as lenses through which to examine a period in U.S. history characterized by idealism and exuberance, on the one hand, and jingoism and opportunism on the other. This was a youthful America discovering its place on the world stage at the dawn of what was to become the American century. Key public figures of the era appear throughout, including Stephen Crane, Frederic Remington, Clara Barton, William Randolph Hearst, Joseph Pulitzer, Dr. Walter Reed, Admiral George Dewey, President McKinley, and Lieutenant Colonel Theodore Roosevelt."

To Conquer or Redeem: Manifest Destiny
"With the closing of the American West, Manifest Destiny was in need of new direction. The section “New Frontiers” considers implications of Frederick Jackson Turner’s Frontier Thesis as it scrutinizes U.S. history from the end of the Gilded Age to the brink of the Spanish-American War. 'An Empire of Liberty' takes a step back to assess aspects of Manifest Destiny from its birth during the pre-Revolutionary era through Reconstruction. And “Benevolent Assimilation” provides an in-depth look at the Spanish-American War, the Philippines Insurrection, the annexations of Puerto Rico and Hawaii, and U.S. intervention in China during the Boxer Rebellion ...." 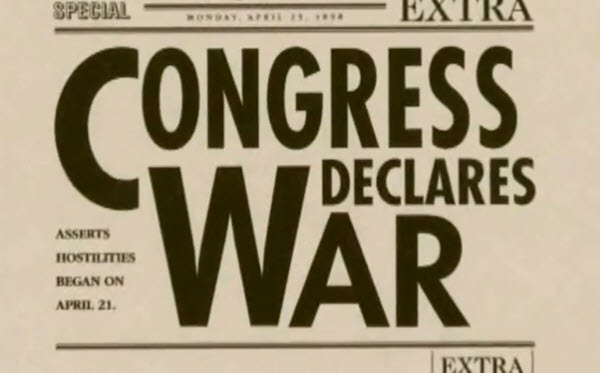