Boom
"Henry Ford’s Model T and assembly line, together with the discovery of abundant oil reserves, opened up a new way of life for Americans in the early decades of the twentieth century. This episode looks at those developments and traces the significance of World War I, prohibition, African-American migration from the South to northern cities, and the origin and growth of the Hollywood film industry/"

Ellis Island
"Walk in the footsteps of the millions of people who entered America through this legendary gateway in the shadow of the Statue of Liberty. Mandy Patinkin (Ragtime, Chicago Hope) hosts this comprehensive look at America's famous gateway. Features recollections from scores of people who came through Ellis Island. Visit areas off-limits to the public and pore over the vast archives. For some it was the Isle of Hope. For others, it was the Isle of Tears. For half a century, Ellis Island was America's 'Golden Door.' Entrance meant a new life, freedom and opportunity. Rejection meant a heartbreaking return to hopelessness. In Ellis Island, immigrants of every ethnic background recall their extraordinary adventures, from the treacherous passage across the sea to the daunting challenge of starting life over in a new land... ."

The Other Half...Revisited
"A look at urban poverty inspired by Jacob Riis' influential 1890 book How the Other Half Lives about the slums of New York City."

Political Stalemate
"Weigh the effects of political stalemate in the late 19th century. Discover that as government grew it became the livelihood for many professional politicians and the two major political parties faced close elections that tipped the balance of power."

The Progressive Era
"During the presidencies of Teddy Roosevelt, William Howard Taft, and Woodrow Wilson, America was witness to so many political, corporate, and social reforms that the period came to be known as the Progressive Era. This program provides an excellent overview of the times, underscoring the importance of women’s suffrage, the Square Deal, the temperance movement, and other signal initiatives. In addition, many of the era’s movers and shakers are spotlighted, including Upton Sinclair, Eugene Debs, Jane Addams, Jacob Riis, Ida Tarbell, and “Battling Bob” LaFollette."

The  Vote  '..tells the dramatic story of the hard-fought campaign waged by American women for the right to vote, a transformative cultural and political movement that resulted in the largest expansion of voting rights in U.S. history."
Episode 1
Episode 2 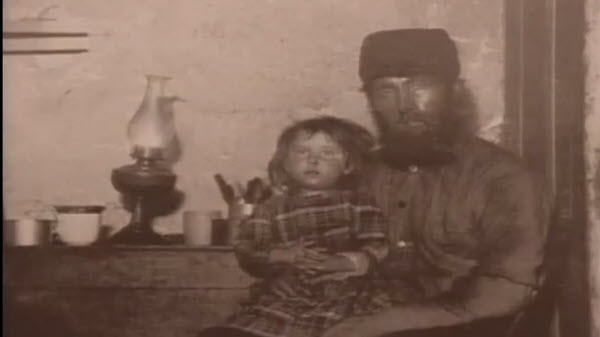 (The Other Half ... Revisited)