Boyfriends
"Three gay male couples, each at varying stages of couplehood, converge on a beautiful English country house for a supposedly relaxing Easter weekend. What ensues is a witty exploration of gay relationships in the 90's."

Boys Don't Cry
"The life and times of Teena Marie Brandon provides the basis for this biographical drama featuring Hillary Swank as a 21-year-old Nebraskan who passed herself off as a boy before aquaintances turned on her in a violent attack..."

Brokeback Mountain
"A ranch hand and a rodeo cowboy meet on a herding gig and unwittingly fall in love; they separate at the end of the job, but have a long-running affair, while each maintains a heterosexual lifestyle."

Do You Take This Man
"An intimate group of friends and family gather at the home of two gay men to celebrate their nuptials. When the wedding hits a snag, this group helps the grooms to see that all marriages have their challenges, and love is just the start. Featuring Anthony Rapp (Rent) and Jonathan Bennett (Mean Girls)."

Kissing Jessica Stein
"...is a laugh-out-loud comedy with a fresh take on sex and the single girl. After a dating spree from hell, Jessica happens upon an intriguing personal ad with one drawback - it is in the 'Women seeking Women' section..."

Love, Simon
"Everyone deserves a great love story. But for Simon it's complicated: no-one knows he's gay and he doesn't know who the anonymous classmate is that he's fallen for online. Resolving both issues proves hilarious, scary and life-changing."

Milk
"Biopic of murdered San Francisco politician Harvey Milk, a human-rights activist and the first openly gay man elected to major public office when he won a seat on the Board of Supervisors in 1977."

Moonlight
"Oscar-winner for Best Picture, Moonlight is a moving and transcendent look at three defining chapters in the life of Chiron, a young man growing up in Miami. His epic journey to adulthood, as a shy outsider dealing with difficult circumstances, is guided by support, empathy and love from the most unexpected places..."

Nighthawks
"The story of a man who leads a double life, as a respectable geography teacher by day; and by night, a gay man hanging out in gay bars, looking for a longterm relationship, but usually encountering only one-night stands. He eventually becomes uneasy with this dual existence and feels that he is being unfair on his pupils by evading their questions. At last he confesses to a female colleague and opens up to his class, but then receives a severe rebuke from the school headmaster. "

Tom of Finland (Kanopy)
"The proudly erotic drawings of artist Touko Laaksonen, known to the world as Tom of Finland, shaped the fantasies of a generation of gay men, influencing art and fashion before crossing over into the wider cultural consciousness. But who was the man behind the leather?Dome Karukoski's stirring biopic follows his life from the trenches of WWII and repressive Finnish society of the 1950s through his struggle to get his work published in California, where he and his art were finally embraced amid the sexual revolution of the 1970s. Tom's story is one of love, courage and perseverance, mirroring the gay liberation movement for which his leather-clad studs served as a defiant emblem... 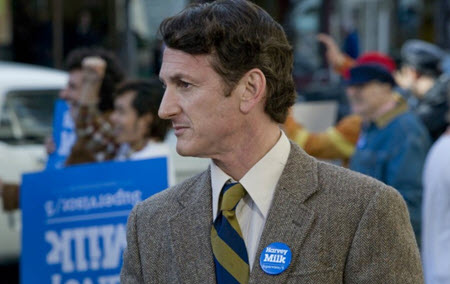