Coming Out, Polish Style
"Many Polish gay men and lesbians remain in the closet for fear of being ostracized from family and friends, and in some cases losing their jobs. The film offers a rare look into the lives of 'out' gay people in Poland. Despite cultural homophobia, Polish gays and lesbians are finding more and more friendly clubs to attend, and there is a determined core of activists pushing for gay rights at the national level. Poland's admission to the European Union will continue to have a significant social and economic impact, for better or worse, over the next years."

Dangerous Living: Coming Out in the Developing World
"This is the first documentary to explore deeply the lives of gay and lesbian people in non-western cultures. We hear the heartbreaking and triumphant stories of gays and lesbians from Egypt, Honduras, Kenya, Thailand, and elsewhere, where most occurrences of oppression receive no media coverage at all. By sharing the personal stories coming out of developing nations, Dangerous Living sheds light on an emerging global movement striving to end discrimination and violence against gay, lesbian, bisexual, and transgendered people."

Faith and Gay Fear
"In 2014, Cold Fear: Gay Life in Russia revealed shocking footage of a man hunted, trapped, then beaten and humiliated by a group of 30 anti-gay activists in Russia. It was just the tip of an iceberg. Across the world, there is a growing movement to halt the advance of gay rights by direct persecution and support for anti-homosexual laws. The movement has created some unlikely international allies. Now, the team behind Cold Fear – Gay Life in Russia investigates the groups and individuals coordinating the campaign. The investigation team crosses continents as it tracks the money, political campaigns and secret meetings to piece together the network. From the antigay agenda spreading across Europe from Russia to the extreme homophobia in Africa sponsored by western evangelists and right-wing Christians – this film reveals that far from the hatred originating from rogue extremists, it is an organised movement with a shared source of funding. The trail ends in the United States."

Global Gay
"Whether it be regarding legalization in the Middle East and Africa or the focus of gay marriage laws in the West, after years of long diplomatic struggle, several world leaders have declared themselves in favor of the universal decriminalization of homosexuality. But victory won’t come easily. The countries that still punish homosexuality refuse to give in to international pressure. This film follows this battle for decriminalization through the lives and work of some of its fearless pioneers in Russia, Cuba, Cameroon, Nepal, and South Africa. Homosexuality is forbidden in almost half of the world and a global revolution is underway to obtain what UN Secretary General Ban Ki Moon and President Barack Obama call “the final frontier in human rights”—the universal decriminalization of homosexuality. "

How Gay Is Pakistan?
"Being gay is illegal in Pakistan. But, despite this, the country has a growing gay scene. So why are gay rights not being addressed here? This is a complicated place, where homosocial behavior, like men holding hands, is common and accepted. In this revealing journey to the country of his birth, presenter Mawaan Riswan talks to the people struggling to assert their sexuality against a complex backdrop. From the activists campaigning for gay rights despite the threat of violence, to the transgender sex worker considering surgery, and the men who identify as straight but enjoy gay sex, Mawaan discovers a fascinating world hidden from public view."

Looking for a Space: Lesbians and Gay Men In Cuba
"One of the ironies of the Cuban Revolution was that, from the beginning, it persecuted many of its loyal supporters because of their sexualorientation. Looking for A Space examines the cultural, political and historical reasons behind the persecution of lesbians and gay men during the early years of the Revolution, and takes a fresh look at this issue from the perspectives of Cubans who are living on the island today. We meet a diverse group of people, from a wide range of age groups and occupations, who express differences of opinion. "

Out in Mumbai: A Victory for India's LGBT Community
"Established under British colonial rule, Section 377 of the Indian Penal Code criminalized consensual sex between adults of the same gender, declaring it 'against the order of nature.' On July 2, 2009, the Delhi High Court passed a landmark judgment repealing the antiquated clause, thus fulfilling a basic demand of gay rights activists and bringing closure to an 18-year legal battle. This film follows three members of Mumbai’s LGBT community as they make their way through the city and celebrate the first anniversary of the historic verdict. Through their widely varied personal stories, the documentary explores the reality of living a queer identity in today’s India—a struggle between tradition and change, and a journey towards true equality."

Queer China, 'Comrade' China
"China's most prolific homosexual filmmaker presents a comprehensive historical account of the queer movement in modern China. This film documents the changes and developments in Lesbian/Gay/Bisexual/Transgender culture that have taken place in China over the last 80 years. Unlike any before, this film explores the historical milestones and ongoing advocacy efforts of the Chinese LGBT community. The film examines how shifting attitudes in law, media and education have transformed queer culture from being an unspeakable taboo to an accepted social identity..."

Queer Nation
"Argentina may lead South America in terms of progressive social politics, but the gap between cultural values and recently accorded rights to gays, lesbians, and transsexuals is palpable and persistent. A toxic atmosphere is created from the all-encompassing Catholicism and machismo along with the complexity of class, historical, and rural-urban divides, as well as aboriginal settler tensions."

Undressing Israel: Gay Men in the Promised Land
"When many people think of Israel, it is often in terms of modern war or ancient religion. But there is much more to the Jewish state than missiles and prayers. In his debut as a documentary filmmaker, adult-film entrepreneur and political columnist Michael Lucas examines a side of Israel that is too often overlooked: its thriving gay community. Undressing Israel features interviews with a diverse range of local men, including a gay member of Israel's parliament, a trainer who served openly in the army, a young Arab-Israeli journalist, and a pair of dads raising their kids. Lucas also visits Tel Aviv's vibrant nightlife scene and even attends a same-sex wedding in this guided tour of a country that has emerged as a pioneer for gay integration and equality."

Zero Degrees of Separation
"...breaks with the sensationalistic media coverage of the violence in the Middle East by documenting the everyday lives of two mixed gay Palestinian-Israeli couples...." 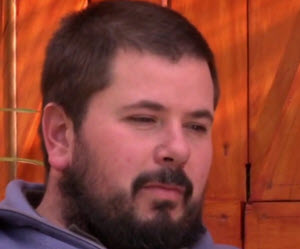