Bear Nation: The Bear Movement in the Gay Community (Kanopy)
"While the LGBT community has long had to struggle with stereotyping by outsiders, gay men also have to deal with widely held perceptions from their peers that they're supposed to fit a certain image - men who are stylish, carefully groomed, trim and to a certain degree effeminate. But not all gay men fit this profile, and this has led in part to the rise of ;Bears' - gay men who are stocky, hirsute, outwardly masculine and proud of it...."

Coming of Age in Cherry Grove: The Invasion
"Cherry Grove (Fire Island, NY) is the first openly LGBTQ community in the United States. One of the most accepting resort communities in the world, it is a place where everyone can discover who they really and enjoy being a free spirt."

Queens & Cowboys: A Straight Year on the Gay Rodeo
"...chronicles a complete season of the International Gay Rodeo Association (IGRA). Roping and riding across North America, the IGRA’s courageous cowboys and cowgirls must face many challenges both in and out of the arena on their quest to qualify for the World Finals at the end of the season. Along the way, they’ll bust every stereotype in the book. This award-winning film tells the story of five members of the International Gay Rodeo Association. From Wade Earp, a descendant of cowboy legend Wyatt Earp and one of the best competitors on the circuit, to Char Duran, a female bull rider who’s never won a buckle but seems determined to die trying..."

Sex and the Single Gay
"This film, directed and produced by Pat Rocco, is about single gay men and their sex lives."

The Sons of Tennessee Williams
"Interweaving archival footage with contemporary interviews, this documentary tells the story of New Orleans' gay Mardi Gras across five decades, and uncovers the history of the first civil rights for gay Americans." 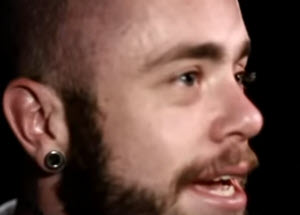