The New Black: LGBT Rights and African American Communities
"This award-winning documentary boldly examines the controversial and challenging issues facing African American communities on gay civil rights, campaigns for/against marriage equality and in particular the role of faith institutions. The film makes a compelling case that the fight for LGBT rights in Black communities is an extension of the Black Freedom Struggle. Director Yoruba Richen was inspired to make the film in response to erroneous reports that African American voters caused the passage of an anti-same sex marriage initiative in the 2008 California election. The film looks at other pro and anti-gay rights campaigns over the years and how right-wing groups have used the issue to make inroads in to black communities. It culminates in the 2012 electoral efforts to preserve - or reverse - marriage equality in Maryland, a state with a substantial African American population."

Project Yellow
"A documentary by an Asian guy about Asian guys and the stigma they often face. Yellow is a documentary about the Asian male phenomena perceived in the media and gay culture and how..."

The Revival: Black Lesbian Poets and Feminist Thinkers (Kanopy)
"This documentary chronicles the US tour of a group of Black lesbian poets and musicians, who become present-day stewards of a historical movement to build community among queer women of color. Their journey to strengthen their community is enriched by insightful interviews with leading Black feminist thinkers and historians."

Tal Como Somos: The Latino GBT Community
"The gay, bisexual, and transgender community still struggles to find its place among the rich traditions of Latino culture. This extended documentary examines the lives of seven Latino GBT men and women, offering profound insights into their relationships with family and loved ones while exploring their sexuality in the contexts of culture, religion, and work." 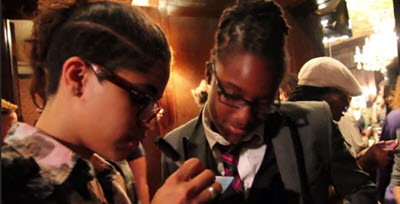