Further off the Straight & Narrow: New Gay Visibility on Television, 1998-2006 (Kanopy)
"This important new documentary picks up where Off the Straight & Narrow: Gays, Lesbians, Bisexuals & Television (1998) left off. Since that video's release in the late 90s, which coincided with the last episode of the popular program Ellen, there has been a marked increase in the presence of GLBT characters on television."

Lavender Limelight
"From Go Fish to Paris is Burning to The Watermelon Woman, this festival favorite goes behind the scenes to reveal seven successful lesbian directors. These talented movie-makers enlighten and entertain as they explore their sexual identity, growing up gay, inspirations and techniques, Hollywood vs. Indie, and of course, love and sex, onscreen and off. The conversations are intimate, the topics unlimited, and the clips from their work enthralling. Featuring Cheryl Dunye, Rose Troche, Jennie Livingston, Monika Treut, Maria Maggenti, Su Friedrich, and Heather MacDonald."

Making the Boys
"Before Prop 8, Will and Grace, AIDS, gay pride, or Stonewall, there was The Boys in the Band. Crayton Robey’s film explores the enduring legacy of the first ever gay play and subsequent Hollywood movie to reach a mainstream audience successfully. Beloved by some for breaking new ground and condemned by others for reinforcing gay stereotypes, The Boys in the Band sparked heated controversy that endures to this day. Featuring interviews with its author Mart Crowley, surviving cast members, and a who’s who from stage and screen, this enjoyable documentary captures the behind-the-scenes drama and lasting legacy of this cultural milestone. With Edward Albee, Mart Crowley, Dominick Dunne, William Friedkin, Carson Kressley, Tony Kushner, Terrence McNally, Robert Wagner and more.    "

Off the Straight & Narrow (Kanopy)
"How are we to make sense of the transformation in gay representation - from virtual invisibility before 1970 to the "gay chic" of today? Off the Straight & Narrow is the first in-depth documentary to cast a critical eye over the growth of gay images on TV. Leading media scholars provide the historical and cultural context for exploring the social implications of these new representations..." 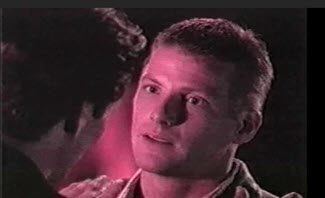 (OFF THE STRAIGHT & NARROW)