The Aggressives: The World of Lesbian Subcultures (Kanopy)
"An insightful expose on the subculture of trans men, lesbian 'butches' and their 'femme' counterparts who tow the line between gender definitions. Filmed over five years in NYC during the late 90's and early 00's, the featured "Aggressives" share their dreams, secrets and deepest fears...."

Out in Suburbia
"This remarkably honest and revealing documentary shatters the stereotypes held by many people unfamiliar with the gay community. Eleven women discuss with heartwarming frankness their lives in local neighborhoods, covering a wide range of issues including marriage, motherhood, discrimination, stereotypes and female roles. Out in Suburbia shows us that many lesbians have mainstream values and lead conventional lives. This film reaches out to classes on human sexuality, psychology, women's issues and lifestyles."

Swimming with Lesbians
"It has been said, 'Gays have a past but no history.' Gays and lesbians don't grow up immersed in gay history, it is something they must search for. Swimming with Lesbians explores an upstate New York community's efforts to create an LGBT historic archive—led by the extraordinary Madeline Davis.   Madeline has not sat on the sidelines of LGBT history: she is a person that has been making waves for decades. In addition to writing and recording the song 'Stonewall Nation,' produced by the Mattachine Society, she was the first openly lesbian elected delegate to speak at the Democratic National Convention, she taught the first Lesbianism course ever offered at a major American university, and she co-authored a seminal history of blue collar lesbian life, Boots of Leather, Slippers of Gold.   Buffalo's archive is more than just the proof that the raw material of history exists. It is for many an important acknowledgement of a struggle to be seen, acknowledged and known..." 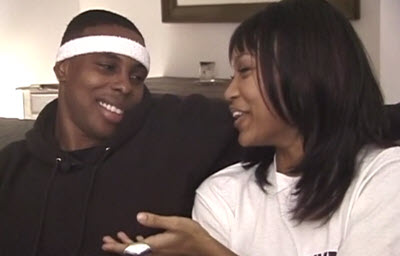