Chris & Don (Kanopy)
"The true-life story of the passionate three-decade relationship between British writer Christopher Isherwood (whose Berlin Stories was the basis for all incarnations of Cabaret) and American portrait painter Don Bachardy, thirty years his junior. From Isherwood's Kit-Kat-Club years in Germany to the couple's first meeting on the sun-kissed beaches of 1950s Malibu, their against-all-odds saga is brought to dazzling life by a treasure trove of multimedia...."

The Ice King
"John Curry transformed ice skating from a dated sport into an exalted art form. Coming out on the night of his Olympic win in 1976, he became the first openly gay Olympian in a time when homosexuality was not even fully legal. Toxic yet charming; rebellious yet elitist; emotionally aloof yet spectacularly needy; ferociously ambitious yet bent on self-destruction, this is a man forever on the run: from his father's ghost, his country, and even his own self. Above all, an artist and an athlete whose body time and time again – sometimes against his will – becomes a political battlefield."

Larry Kramer in Love & Anger
"Author, playwright and AIDS activist Larry Kramer takes center stage in this candid portrait that examines the monumental effect of one of the most important – and controversial – figures in contemporary gay America, a political firebrand who gave voice to the outrage and grief that inspired gay men and women to fight for their lives. The film utilizes personal photos, archival footage of GMHC and ACT UP, scenes from the semi-autobiographical plays The Destiny of Me and The Normal Heart, and three decades of interviews in which Kramer opens up about his past, as do those who know him best. Filmmaker and friend Jean Carlomusto also takes viewers inside Kramer’s 2013 stay in the ICU, as he recuperates from complications of a liver transplant brought on by years of living with HIV. Juxtaposing footage of Kramer angrily protesting with scenes of him being lovingly cared for in the hospital by his partner David, Larry Kramer In Love & Anger celebrates a multifaceted figure, known for his quick temper as much as for his endless passion."

The Times of Harvey Milk (Kanopy)
"A true twentieth-century trailblazer, Harvey Milk was an outspoken human rights activist and one of the first openly gay U.S. politicians elected to public office; even after his assassination in 1978, he continues to inspire disenfranchised people around the world..."

Vito
"On June 27, 1969, a police raid on a Greenwich Village gay bar called the Stonewall took a surprising turn when patrons decided to fight back. A new era in the Gay Rights Movement was born and 23-year-old film student Vito Russo was among the crowd. Over the next twenty years until his death from AIDS in 1990, Vito would go on to become one of the most outspoken and inspiring activists in the LGBT community’s fight for equal rights. He was a pivotal part of three well-known organizations during their formative years: GAA (Gay Activists Alliance); GLAAD (Gay & Lesbian Alliance Against Defamation); and ACT UP (AIDS Coalition To Unleash Power). His seminal book The Celluloid Closet explored the ways in which gays and lesbians were portrayed on film, what lessons those characters taught gay and straight audiences, and how those negative images were at the root of society’s homophobia. He continued writing, lecturing, speaking out and acting up until just months before his death." 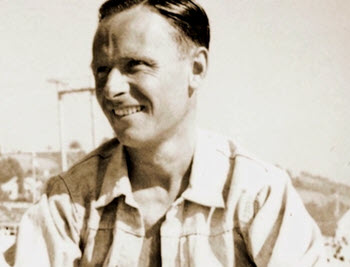