After Stonewall: America's LGBT Movement
"Narrated by Melissa Etheridge. In 1969 the police raided the Stonewall Inn, a gay bar in New York City's Greenwich Village, leading to three nights of rioting by the city's gay community. With this outpouring of courage and unity the Gay Liberation Movement had begun. After Stonewall, the sequel to Before Stonewall, chronicles the history of lesbian and gay life from the riots at Stonewall to the end of the century. It captures the hard work, struggles, tragic defeats and exciting victories experienced since them. It explores how AIDS literally changed the direction of the movement. The two films, Before & After, tell the remarkable tale of how homosexuals, a heretofore hidden and despised group, became a vibrant and integral part of America's family, and, indeed, the world community...."

Ballot Measure 9 (Kanopy)
"..is the chilling true story of the unprecedented violence unleashed by an anti-gay campaign in Oregon, when activists slept with guns under their beds and had full-time police protection. Winner of jury and audience awards internationally, Sundance-winner Ballot Measure 9  offers terrifying inside views of the struggle state-wide. Inflammatory rhetoric led to a surge in anti-gay harassment, physical attacks and even murder. Activists feared for their lives, families were torn apart, neighbor set against neighbor..."

Being Gay: Coming Out in the 21st Century
"Today, while gays, lesbians, bisexuals, and transgenders are no longer forced to hide their sexual orientation, there is still prejudice and discrimination which can make coming out a difficult decision. And there are always internal pressures as well. This program presents the accounts and stories of people who have recently taken the step of coming out. Interviewees and experts discuss the benefits of this important transition by examining the six stages of coming to terms with one’s sexual identity. They also look at the dangers of running away from sexual self-acceptance—such as alcoholism, drug abuse, and suicide—and how finding support can greatly assist the process."

Gay USA
"Arthur Bressan created a gay-America panorama when he commissioned filmmakers throughout the country to record all June 1977 Lesbian and Gay Pride parades and marches. He then cut on-the-street interviews - gay women and men talking about their lovers and how they came out - with the resulting footage, including lesbians marching against housework and drag queens protesting fascism..."

Out At Work (Kanopy)
"In 1992 Cheryl Summerville, a cook at a Cracker Barrel restaurant in Georgia, received a termination paper stating she was fired for "failing to demonstrate normal heterosexual values." She was shocked to discover that in more than 40 states it was legal to fire workers for their sexual orientation. this film chronicles the stories of three workers who seek workplace safety, job security and benefits for gay and lesbian workers."

Out in America
"This critically acclaimed PBS documentary is an uplifting collection of unique, transformative stories and inspiring personal narratives told through the lens of the country's most prominent LGBT figures and pioneers, as well as many average, yet extraordinary, citizens from gay, lesbian, bisexual, and transgender communities. The program weaves together diverse stories— from urban and rural America, from the heartland to New England, from San Francisco to Harlem. Deeply moving and often humorous, viewers will get a glimpse of awakenings, first crushes, unlikely soul mates, intimacy, and liberation. While separated by circumstance and upbringing, the film's subjects are all united in their shared experiences of self-discovery, coming out, pride and love as well as a triumph over adversity and a true sense of belonging. Against the backdrop of historical events, each also traces their own hopes, struggles, influences and contributions towards advancements in equality and broad social change."

Stonewall Uprising
"...explores the dramatic events that launched a worldwide civil rights movement. When police raided a Mafia-run gay bar in Greenwich Village, the Stonewall Inn, on June 28, 1969, gay men and women did something they had not done before—they fought back. As the streets of New York erupted into violent protests and street demonstrations, the collective anger announced that the gay rights movement had arrived." 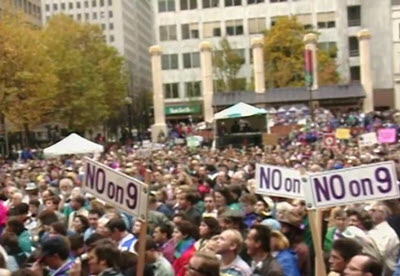