Forgiving Dr. Mengele
"Eva Kor and her twin sister were victims of the infamous Nazi doctor, Josef Mengele, who conducted sadistic experiments on human beings at Auschwitz concentration camp. Haunted ever since by these cruel acts, something even more shocking occurs—Eva finds the power to forgive him. Having finally liberated herself from her feelings of rage and victimhood, she becomes a tireless advocate of this new way of healing, but not everyone is ready to forgive the unforgivable."

Standing Tall at Auschwitz
"During the latter years of the Third Reich, when Jews were being exterminated and physical perfection was still idolized, the Ovitz family was doubly marked for death. This A&E Special tells the survival story of the seven Ovitz siblings, a family of dwarves that had traveled Central Europe in the 1930s and early ’40s enchanting crowds with their musical performances. Eventually incarcerated at Auschwitz, they were the subject of numerous eugenics experiments by Josef Mengele, whose protection of them—for his own inhuman uses—actually helped enable them to outlast the war...." 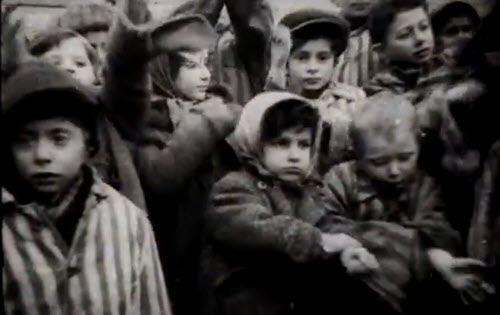