Nobody Wants Us
"In September 1940, three teenagers were trapped on a steamship in the port of Hampton Roads, Virginia. Along with 83 other exhausted refugees, the teens were hoping to be allowed on American soil-- where millions of others in distress had safely landed before them. But times had changed. America was turning away refugees at this critical time in history. Would they be turned away too?"

A Place to Save Your Life:The Shanghai Jews
"The incredible story of the Jewish refugee community in Shanghai during World War II is the subject of this fascinating documentary. Seeking refuge from Nazi terror, some 17,000 Jews travelled to Shanghai, one of the few places that did not require a visa. Although a few Jews already lived in China (Sephardic Jews from India had been there since the mid-1800's) the Europeans found life there strange and difficult. Juxtaposing interviews with survivors with archival photographs, this film recounts the days when Jews lived in China under Japanese rule. Although the Japanese forced the exiles into a ghetto, they did not follow Hitler's extermination plan. Shanghai indeed became a place of refuge."

An Unknown Country
"How did Ecuador, a South American country barely on the world radar, become a destination for European Jews fleeing Nazi persecution? This documentary tells the story of these exiles and their perilous escape to this exotic, unfamiliar land. These refugees faced a difficult adjustment, as they struggled to retain elements of their European culture and heritage, in the midst of a completely foreign and unfamiliar environment. The film follows the children of these immigrants, now living abroad, as they return to Ecuador, their birthplace, to reconnect with childhood memories and to rediscover the country that welcomed their parents." 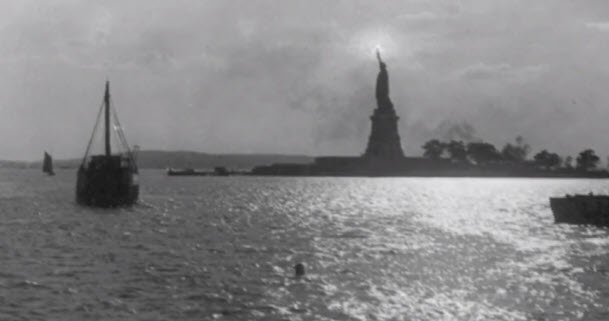