A Day in the Warsaw Ghetto
"No collection of films on the Holocaust can be considered complete without this haunting visual record of the infamous Warsaw Ghetto. One will never know why Wehrmacht Sergeant Heinz Joest decided to celebrate his 43rd birthday in 1941 by illegally photographing inside the ghetto, or why he kept the pictures hidden for some forty years until he knew he was dying. But this German soldier's images of the misery, and also the spirit, of its doomed inhabitants form the core of Jack Kuper's extraordinary portrayal of humanity in a nightmare situation. The filmmaker, himself a Holocaust survivor, has done a masterful job combining Joest's pictures with a multi-voiced dramatic narration taken from hidden ghetto diaries. Yiddish songs, klezmer music, sound effects and skillful camera work heighten the impact. Stark images show life behind the ghetto walls...."

A Film Unfinished
"This potent documentary uses a long-lost film reel to illustrate how the Nazis controlled images of Jewish life during World War II. Though the Nazis made a propaganda movie of contented Jews in the Warsaw ghetto, the missing spool exposes the truth. Director Yael Hersonski shows how the imagery was staged to distort historical knowledge and, with the aid of Jewish survivors' testimony, chronicles the horrifying reality of ghetto life."

Kovno Ghetto: A Buried History
"...tells the true story of the German-occupied city in Lithuania, starting in 1941 through the Soviet invasion, as the Jewish population was forced to live in squalid and brutal conditions. Razed to the ground in 1944, with its citizens dispersed to concentration camps as forced labor—or worse—a few buried remnants of Jewish defiance survived as artifacts, letters, and photos, bearing witness to the atrocity.."

Never Forget To Lie
"In his latest film, Marian Marzynski returns to the Warsaw ghetto of his childhood and tells the extraordinary story of how he as a Jewish boy escaped the Holocaust, hiding from the Nazis, and surviving the war as an altar boy in a Catholic monastery. In a deeply moving and personal film he shares the poignant, painful recollections of other child survivors, many of whom are visiting scenes of their childhood for the last time."

Photographer: Lodz Ghetto Through the Lens of Walter Genewein
"In 1987, in a Viennese shop, hundreds of color slides from World War II were found. It turned out they had been made in the Lodz ghetto by a skilled amateur photographer named Walter Genewein, chief accountant on the ghetto council and a proud member of the Nazi party. In this documentary, filmmaker Dariusz Jablonski combines Genewein’s disturbing images of ghetto life with the recollections of Dr. Arnold Mostowicz, the last surviving witness of the events portrayed, to create an important testament to the suffering and subsequent extermination of the ghetto’s Jews. "

Pola's March
"...is the inspirational documentary film that chronicles Holocaust survivor Pola Susswein's emotional journey back to Poland. The film travels from balmy, vibrant Israel, where Pola is an active member of her local community, to Poland, where Pola recounts for the first time her war experiences to 200 students on the March of the Living program...."

Zygielbojm's Death
"Szmul Arthur Zygielbojm was a brilliant Polish Jew, an important member of Warsaw’s Jewish Bund in the years leading up to the Nazi occupation. In 1942 he was smuggled to Belgium, New York and London as the Jewish representative of the Polish Government-in-exile. His mission was to inform those governments of the Nazi horrors in Poland. His extensive efforts to influence high ranking members of each government were futile. Frustrated, he considered his efforts a failure. On May 12, 1943, one day after the Warsaw Ghetto Uprising ended, Zygielbojm committed suicide to shock the world out of its indifference. This tragic story is related by Zygielbojm’s brother Reuven, who travels to today’s Warsaw and London exploring the facts of Zygielbojm’s life and the significance of his death...." 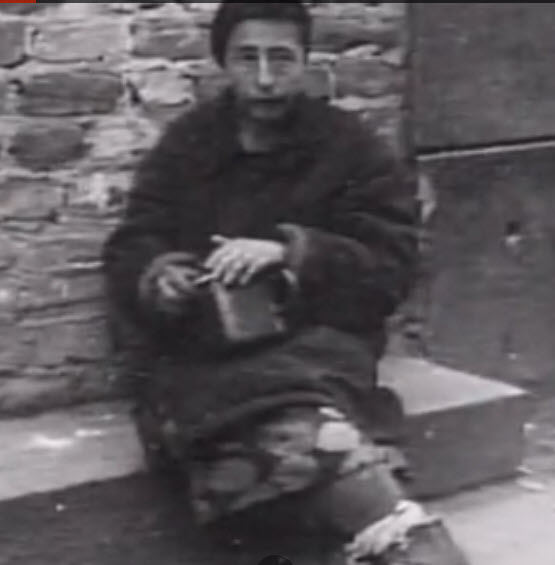 (A Day in the Warsaw Ghetto)