America and the Holocaust
"Weaving together interviews, official photos and documents, home movies, and archival film, this 90-minute film explores the complex social and political factors that shaped America's response to the Holocaust. The story of Kurt Klein, who struggled with State Department red tape to free his parents from Eastern Europe, represents America's reaction to European Jews clamoring for rescue."

The Danish Solution
"Sixty years ago the Final Solution was attempted in Denmark. The plan was averted, over 95 percent of the country's Jewish population survived the war. How and why Jews escaped the Nazis' blueprint for their extermination is the subject of this compelling new documentary film. Through the very human testimony of survivors, the story of the Danish rescue is told with clarity, empathy and humor...."

Living Testimony from the Holocaust
"Prior to the Second World War, some 2,000 Jews lived in Norway; today, only a handful are still alive. This documentary features interviews with five of the survivors, three men and two women. Three are alive because they succeeded in evading arrest, the other two because chance enabled them to survive incarceration in Auschwitz. Common to them all is that they lost many of their closest relatives - in some cases, all of them..."

Rhodes Forever
"This documentary, by Willy Perelsztejn, is about the descendents of the Sephardic Jews of Rhodes, who transplanted their culture after the community's destruction in World War II." 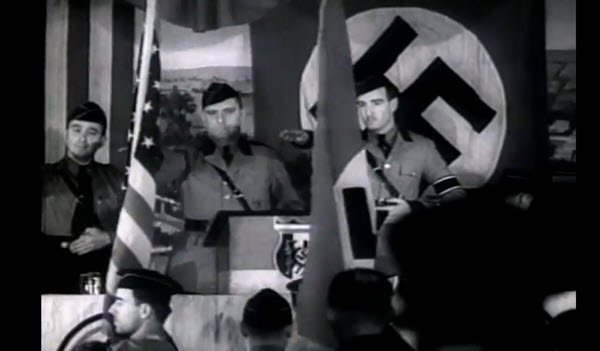 (America and the Holocaust)