The Accidental Hero: Oskar Schindler
"This documentary on Oskar Schindler, the wartime rescuer of 1200 Jews, grapples with the moral ambiguity of a flawed hero. Schindler had joined the Nazi party early on and sympathized with their expansionist views. Personally, he was a gambler, adventurer, womanizer and drinker. How does such a person become the most significant savior of Jews during the war?"

Hidden Heroes
"The Nazi's plan to eliminate an entire race of people nearly succeeded because thousands of ordinary people simply went about their business. Yet in the midst of darkness shone a light. In fact, many lights. This compelling documentary takes viewers to the Netherlands where a number of Dutch Jews relive the terrifying ordeal they experienced at the hands of the Nazis and the daring accounts of those Hidden Heroes who risked their lives to save them. For the rescuers and the rescued alike, it is a powerful emotional re-connection with a time and a place that holds the conflicting memories of terror and hope."

The Optimists: The Story of the Rescue Bulgarian Jews from the  Holocaust
"How were 50,000 Bulgarian Jews saved from the Holocaust despite the efforts of the government to deport them? The Optimists  tells the dramatic story of Christians and Muslims who, at the eleventh hour, secured the safety of their Jewish neighbors. Individuals made a difference. Labor unions, the Bulgarian Bar Association, members of Parliament, writers and teachers, all worked together to change the course of history. By telling their unique and little known story, The Optimists offers insight into how people can mobilize to protect human and civil rights. The film features role models and exemplary stories, invaluable for students, educators, community leaders, activists and clergy alike. This powerful documentary informs and inspires audiences with its masterful blend of personal and historical narrative, and its abiding optimism in the human spirit.  (Kanopy)

Searching for Wallenberg
"...tells the legendary story of Raoul Wallenberg, who as a Swedish diplomat in Budapest in 1944, saved tens of thousands of Jews from Nazi deportations and certain death. He accomplished this through intimidation, manipulation and sheer courage. Just before the liberation of Budapest by the Soviet Red Army, in 1945, Wallenberg disappeared. Arrested as a suspected spy, Wallenberg became one of the first victims of the Cold War and Stalin's paranoia. He was taken to the notorious Lubianka prison in Moscow, where he spent most of the next two and a half years. On July 17, 1947, in what became one of the biggest mysteries of the twentieth century, he vanished. Over the past half-century, the efforts of his powerful family and the Swedish and American governments failed to produce satisfactory answers to their queries about Wallenberg's fate..." 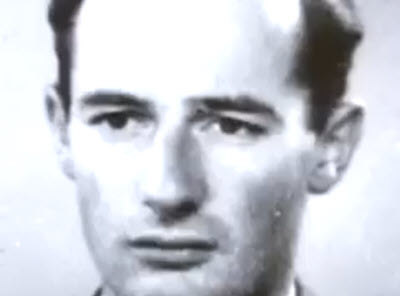