From Bitter Ashes: Artists of the Holocaust
"Throughout the Holocaust, Jewish artists created work that vividly documented the horror of Hitler’s reign, from the despair of the Polish ghettos to the unprecedented misery of the death camps. In this program, artists who survived the camps discuss the risks they took in order to obtain simple materials—scraps of paper, pencils, and other basic supplies. They describe the inventive ways they found for hiding finished pieces from their Nazi captors. In an ironic twist, some tell how they were recruited to create Nazi propaganda art."

Last Dance
"A documentary about the collaboration between dance company Pilobolus and Maurice Sendak, who together created a dance-theater piece about the Holocaust."

Last Flight of Petr Ginz
"By 14, he had written five novels and penned a diary about the Nazi occupation of Prague. By 16, he had produced 170 drawings and paintings, edited an underground magazine in the Jewish ghetto, written numerous short stories and had walked to the gas chamber at Auschwitz. Through Petr's artwork, novels, short stories and magazine articles, interwoven with fantastical animation, this unconventional documentary portrait reveals his journey from precocious child to young adult, from innocence to the painful awareness of inhumanity, from gifted artist and writer to prodigy. Although Petr's life ended at Auschwitz, it is not a story of tragedy but celebration-a testament to how a boy’s wonder and creative expression represent the best of what makes us human." 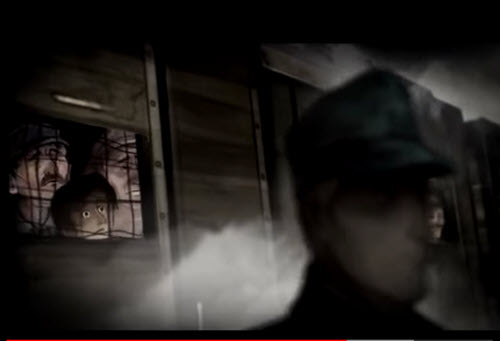